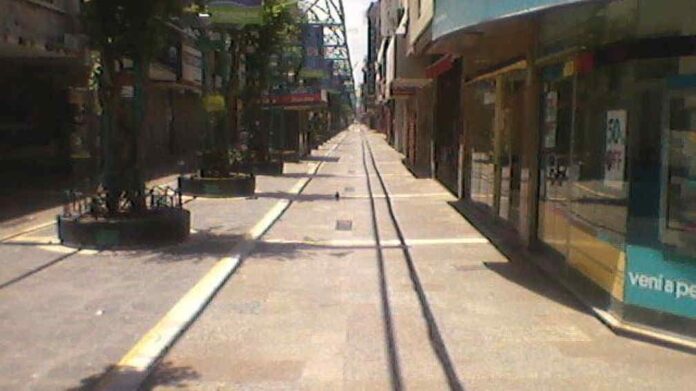 A group of almost 300 businesses, both from Córdoba Capital and the interior of the province, sent a statement to the national, provincial and municipal governments asking for a commercial emergency to be declared, as the isolation measures arranged to slow the advance of the Covid virus affect their businesses. -19.

In three letters addressed Wednesday to President Alberto Fernández, Governor Juan Schiaretti and Mayor Martín Llaryora, merchants warn that their businesses are closed due to this situation and that this puts their continuity at risk.

That is why they demand tax exemption measures and contributions and rates for the obligations of March, April and two more months after the quarantine is lifted.

“Today there is talk that we will gradually move from isolation to social distancing, but in the meantime taxes, social charges, wages and rents continue to run with zero income in business,” said Tamara Sternberg, head of El Emporio Libros e group member.

The request is in addition to the claims that the Argentine Chamber of Commerce and Services (CAC) also presented on Wednesday.

Quarantine: point by point, what is trade asking the government to reactivate

In addition, the group requests that a zero-rate credit line be implemented, with a six-month grace period and a 12-month repayment for businesses that do not sell anything.

In this context, the merchant highlighted that for now, businesses are prioritizing the payment of wages to their workers, but that many fail to cover the entire amount of the salary.

“The 24 percent line of credit (which the national government channels through the banking system) is not including all SMEs and there are private banks that are offering loans at rates of 49 percent, which is a nonsense ”, he indicated.

In Budapest, the Covid-19 forces students to stop their mobilization against...

“We continue to educate”: how the platform works for children to...

Coronavirus: they gave a new term to pay the credit cards

The first water park in the Río Segundo department opens

With Cordovan technology, in Tierra del Fuego a respirator is already...

The Government detects “a very clear recovery” in industrial activity