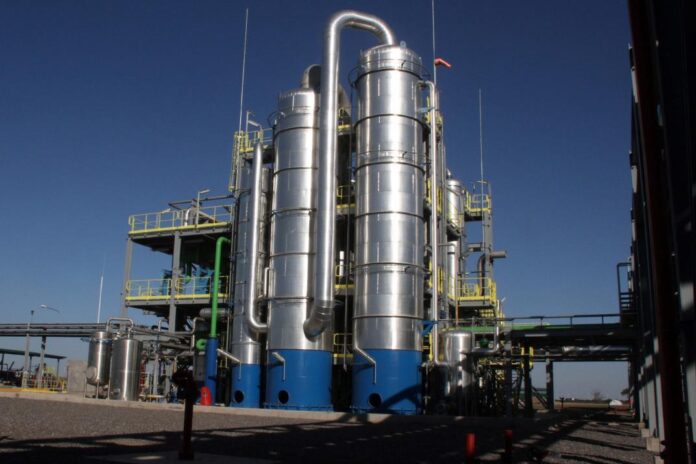 The fall in the demand for gasoline during March, due to the quarantine arranged by the national government to mitigate the impact of the coronavirus, began to have adverse effects within the supply chain of the refineries.

Such is the case of the corn ethanol manufacturing plants, the renewable fuel whose 12 percent mix is ​​compulsory with the gasoline consumed in the domestic market and which have the main pole of national production in Córdoba.

According to the chamber that brings together the five national biofuel producers – of which three are in Córdoba – the drop in demand and the stock Stored will force “a total or partial closure of the plants”.

Chamber chief executive Patrick Adam said a 70 percent drop in ethanol requirements is expected in April and that the plants are running out of storage tanks. “Given such a scenario, we will have no choice but to stop,” he said.

During the past year, the three corn ethanol plants located in the province (ACA Bio, in Villa María; Bio 4, in Río Cuarto and Promaíz, in Alejandro Roca) produced 66 percent of the fuel derived from the cereal. The rest was provided by a plant in San Luis and another in Santa Fe. The five factories have an installed capacity to generate 830 million liters of corn ethanol per year.

The mandatory mixture with naphtha for the domestic market last year consumed 1,077 million liters of biofuel, of which 50 percent was from corn and the rest was provided by sugar cane.

As part of measures to alleviate the current situation, the corn ethanol industry requested the Government “an immediate increase in gasoline cut from the current 12% to 15% and an update of the price of at least 10 per cent ”(the wholesale value paid by the oil companies), which has been frozen since December.

Meanwhile, the ACA Bio establishment halted its production as of 0 hours today and could extend the measure for 10 days, waiting for some measure that will boost demand and begin emptying the tanks that are full. Days ago, and as part of the strategy to generate new business, the company exported eight million liters of renewable fuel to Brazil.

For its part, the Bio 4 plant will work normally for the next 15 days until it reaches its storage capacity. “Later we will see what happens,” they indicated from the company.

The same will happen in Promaíz, where the capacity of the tanks still allows production to continue. Once filled, the situation will be analyzed.

The original text of this article was published on 04/08/2020 in our printed edition.

Trump bans Americans from investing in Chinese companies believed to be...

Corn doubled in price in the year and became sensitive for...

the inglorious epilogue of the reign of Juan Carlos, who left...

With an investment of $ 7 million, Sura opens “sustainable” offices...