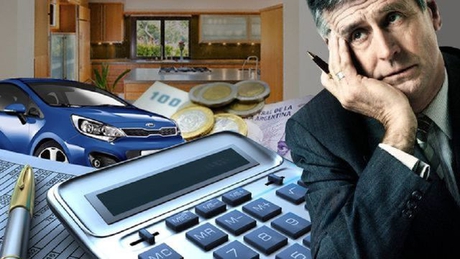 The bill that will serve as the basis for the official initiative regarding a new tax that reaches high incomes is already known.

It already circulates among the most recognized taxpayers in Argentina, the bill that will serve as the basis for the official initiative that will be known next week regarding a new tax that reaches high incomes.

“It is a kind of replica of the personal property tax but not to December 31, but to March 31, which will function as an extraordinary tax, “explains Sasovsky.

“The project proposes a specific assignment as the President proposed and that undoubtedly has its demagogic component, as it was opportunely the historical repair for the laundering of the year 2016”, explains the expert.

“Clearly, a certain income tax rate is established for company subjects, which without being able to apply the full inflation adjustment, will end up paying, if approved, an over-rate of more than 10% to what they already pay for the income tax “, he details.

This constitutes the first sketches of one of the first tools that the State intends to use to alleviate the steep drop in collection.

“The big problem is that the personal property tax is not yet declared, and if you add this new tax, the confiscatory issues will be put on the table again “, Sasovsky warns.

“Likewise, with the fall of all the markets in the world, as of March 31, surely the photo of the patrimony on which this new tax would be calculated is horrible and does not ensure too many fresh resources,” he concluded.

The national deputy Carlos Heller, president of the Budget Commission, He anticipated that he is working on the drafting of the draft tax or extraordinary contribution in the context of the coronavirus pandemic.

The project could be presented next week, after being agreed upon by the members of the Frente de Todos block.

As he advanced, the idea of ​​the tax is an extraordinary contribution, for a single time, so that the State can face the demands it has to contain the expansion of coronavirus cases. And it will be aimed at people who have the tax capacity to pay it, although it did not specify what type of wealth or what level of income will be considered.

“If you have $ 100 million and then you have $ 98 million, your status does not change. It is an extraordinary contribution from a sector that has tax capacity; There is no one who is going to lose his status as rich or very rich, “Heller explained in radio statements. Although at first he did not clarify whether he was talking about millions of dollars or pesos, he later said that it could be for both cases.

Heller explained that he has been preparing the project since last Monday, at the request of the deputy Máximo Kirchner, and that later it must be agreed by the members of the block. “It will have to follow the path of parliamentary projects. If the commission approves it, it will go to plenary when it establishes the mechanisms that make it possible,” he said.

“It is not a question of persecution and sanction to anyone. Here there is a huge emergency. Argentina was already in an emergency without a coronavirus and this potentiated it in a remarkable way. There is an exponential growth in the things that are asked of the State to do with a State that was underfunded and whose underfunding is exacerbated as a result of the lack of economic activity, “argued Heller.

“It is about resorting to an extraordinary tax for a specific purpose for those who actually have accumulated wealth and who are not going to change their condition because they make a contribution in that direction. No one is going to stop being very rich after they make a contribution in the way we are imagining, “he said, without giving more details about the universe of taxpayers that will be included in the new tax.

Still, the idea that had circulated over the weekend would seem to have been discarded that the extraordinary tax would be applied to those who participated in the laundering that took place during 2017, during the government of Mauricio Macri.

To found the new tax, the deputy appealed to the need and the emergency that Argentina is going through and the lack of resources that the State has. “Where can you get the resources when the State reaches this situation in economic crisis with debt that it cannot pay, fiscal deficit, growth in poverty and unemployment? That was the prepademia scenario,” said Heller and asked for an analysis. the project in that framework.

Heller compared the situation in Argentina with that of other states, more powerful and with more resources to cope with the global crisis caused by the pandemic. “The powerful states allocate fiscal resources because they have them or like the United States, which have the issuing machine because they have ‘the handle’; what they do is put in twine to relieve the effects of the pandemic and also mitigate deficits in its health policies that leave a lot of people out, “he warned.

In the long run, Heller expressed the need for tax reform where horizontal taxes cease to exist —Like VAT, which are paid equally by all taxpayers — to other types of taxes that are related to taxable capacity.

Air Europa launches discounts and promotions to reactivate its routes

Since what year did the gap with the blue dollar not...

A portal to buy agricultural machinery in an intelligent way

Germany to reinstate border controls with Czech Republic and Austria |...