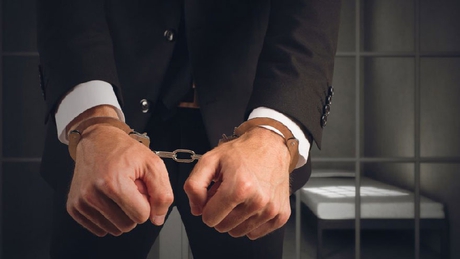 They range from those convicted of the Once tragedy to those accused of smuggling, laundering or acts of corruption. They all allude to the fear of contagion

It has an embargo for five billion pesos. He is being prosecuted and in prison as the alleged leader of a gang that created or bought companies used as a screen to turn millions of dollars abroad with false importation affidavits. It is one of many that tries to be free from the coronavirus pandemic.

This is the Korean businessman Sung Ku Hwang, better known as “Mr Korea”. He argues that he has health problems and highlights that he is a “repentant”. The prosecution agreed to release him, but the court preparing the trial against him rejected his arguments. The final word now has the Federal Chamber of Cassation.

Claims of this type for release or house arrest, such as the one that has just benefited former Vice President Amado Boudou in the Ciccone case, they accumulate with disparate luck in the courts during the extraordinary fair for the Covid-19.

And employers and former officials imprisoned for corruption, smuggling and other crimes are not far behind. Everyone says they are afraid of contagion.

The former head of the Operational Control and Inspection Division of the Customs Osvaldo Giacumbo, for example, will remain in prison. He is sentenced to six years and six months for illicit association and contraband aggravated for trying to enter the country six containers with merchandise illegally.

“The State health system, even in the context of the prison population, offers at this time an adequate and reasonable response aimed at protecting the inmates’ right to health, a circumstance even applicable to Giacumbo,” Casación remarked when refusing to leave him. on freedom.

The same fate was also suffered by businessman Mariano Martínez Rojas: He asked to be released from prison because of the need to be guaranteed “the right to health by preventing the spread of the Covid-19 virus” due to health problems he said he suffered from.

In many cases releases are rejected but incidents are opened to consider whether house arrest is possible.

This happened to Lázaro Báez, included in the risk group, but judge Daniel Obligado of the Federal Oral Court 4 rejected both possibilities. It is the same magistrate who now granted Boudou the possibility of serving a sentence of five years and ten months in prison at home for the sale of the former Ciccone Calcográfica in Kirchnerism, at least until the Supreme Court of Justice of the Nation pronounce on a pending appeal.

His partner and friend, José María Nuñez Carmona, has just claimed the same benefit to travel to Mar del Plata, be imprisoned at his home in the tourist city and take care of his 93-year-old mother, isolated by the coronavirus.

Another figure that is used in the emergency is that of the “temporary” home prison, as was granted to the convicted Luis D’Elia in the case for the seizure of a police station in La Boca.

Those who do not seem to be lucky are the businessmen and former officials condemned by the Once train tragedy.

As provided in the regulations, before deciding on these types of issues regarding the execution of the sentence when there is a conviction, the victims must be asked for their opinion in a “substantial” step.

In the cases of businessman Claudio Cirigliano and his former TBA executives Víctor Astrella and Jorge Alvarez, there was a closed opposition from relatives of the 52 victims of the crash at the Once station in February 2012.

All three will remain in common jail, as will the former Kirchner transport secretaries Ricardo Jaime and Juan Pablo Schiavi, convicted in the same criminal case.

Cirigliano’s defense argued, for example, that for his health and the spread of the Covid-19 he has a “very high risk of life” and needs to “immediately isolate himself in a hygienic and individual environment” to continue his detention, “away from third parties who are in permanent circulation, such as other inmates, prison service personnel and visits by other inmates.”

As in other cases, the courts understand that there are still no infections in the prison, that the necessary means were taken to increase prevention, visits were suspended and orders were given to guarantee health and hygiene

Belonging to a pandemic risk group does not imply that release or house arrest is automatically granted while the state is in “sufficient and reasonable” conditions to guarantee prevention, the judges have agreed so far.

Boudou and D’Elia seem to be the only former officials who managed to go home with an electronic anklet for now. in the middle of the pandemic.

From the thesis to the business: the wholesale e-commerce that plans...

They bet on more than 30 Cordoba companies in the next...

“When Russia talks about dialogue, I’m afraid she’s asking for an...

One dead in protests in Peru

this is how the sector advances despite the pandemic / Argentina...

All on alert for blue dollar, but how much does the...

Alexander Wang, the «MeToo» close to the star designer from the...

Pfizer estimates it will have an emergency vaccine by September

The extension of the quarantine, in the covers of the Argentine...