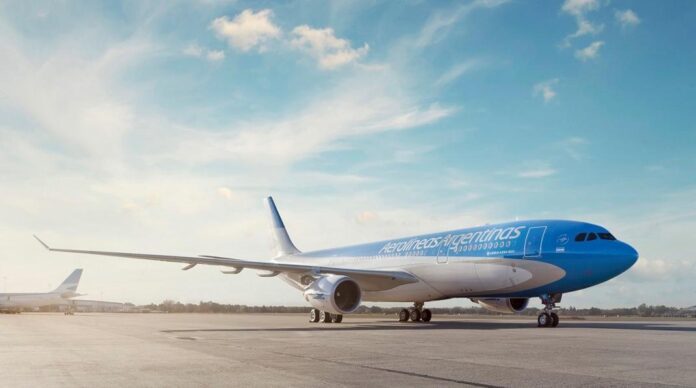 This Monday it was known that the projection in the losses of the revenues of airlines of Hispanic America and the Caribbean represent about 15 billion dollars, as long as the restrictions are not extended to the second half of the year.

The coronavirus pandemic caused a complete paralysis of the sector and will require government support to stay afloat during the crisis. It is also expected that there will be complications in restarting tasks once the disease has been overcome.

Peter Cerda, vice president of the International Air Transport Association for the Americas (IATA), gave a virtual press conference in which he stated that “most of the countries in the region will keep the borders closed for at least 15 to 20 others days. We would expect the sector to revive around May. The longer the air paralysis continues, the more help the airlines will require from the governments. Very few companies have a box that can sustain a completely stopped operation for more than 6 months, ” he claimed.

In addition, he said that “it is the largest crisis that air transport has had in its history. None has had the magnitude, the prolongation and the global impact of this nor its economic and financial consequences,” he said.

Colombia, Brazil, the United States and Singapore have announced financial aid to the airlines, including financial measures and tax cuts.

Cerda said “government support is vital for the sector. Right now, no bank would give a loan to an airline. We need governments to force their banks to grant them,” he said.

Finally, he stated that: “the aid is necessary not only to sustain the airlines at this time that there is no operation, but so that they can restart their activities once the pandemic is over, because when it is reactivated, the operation will not be the same as when they stopped it, so also during that time an economic contribution will be required, “he said.

Argentina is one of the COUNTRIES that TAX THE MOST on...

Bavaria mandates FFP2 masks, all of Germany may follow | ...

Menem came to power as a populist and ruled as a...

100 million queries: the most searched words in the SAR during...

“Sex and power”: Anthony Weiner and the eruption of sexting into...

The safe extension of the quarantine, in the covers of the...

They are looking for someone to buy from Villavicencio, Villa del...

People have little faith in back to school: F. Wilkinson