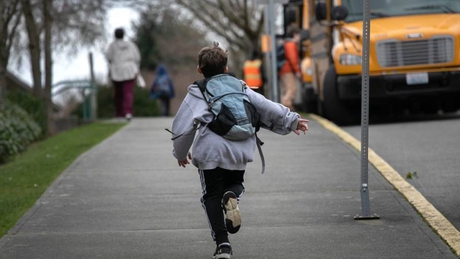 They have not attended classrooms since March 4 and would not return until the end of the school year, which will take place in just over a month. They will return in September

The coronavirus has put classes on pause in much of the world, and also in Italy. The first thing that closed there, before it was decided to stop the whole country, were the classrooms in schools and universities.

Since then – on March 4, in all of Italy, before in Lombardy and other very affected regions – Italian students have to continue with their classes from their homes, helped by the Internet. But two big questions remained in the air: what would happen with the final evaluations of each course and, above all, how will the university entrance exam be held in times of pandemic.

In another Council of Ministers, the Executive of Giuseppe Conte and his Minister of Education, Lucia Azzolina, decided to address both issues and approved a law decree that, among other things, guarantees that all students will pass the course in order to be able to finish successfully the 2019-2020 school year.

“We have considered two possible options that will allow the exams to be carried out according to actual learning thanks to working with distance learning, and if there is knowledge to be recovered, they will do so in September,” said the minister.

The Italian plan to get out of trouble is for the Ministry to issue specific measures to the institutions to evaluate students taking into account this emergency situation, the Clarin newspaper said.

There will also be make-up for lost programs from September 1, which will be considered an ordinary didactic activity for both students and teachers.

Everything will be finalized from May 18, when there are four weeks left for the end of the Italian course. If by then it was possible to return to the classrooms, everything will be easier, and the boys will be able to have four weeks of face-to-face classes. If not, and the exams cannot be done on-site, the ministry will order to evaluate the students with distance modalities.

The government thus gives a little backward step on the general pass: in a first draft there was talk of a guaranteed course pass, which did not motivate much the students forced to turn on the computer every day. Now, although it is still guaranteed that they will pass the course, it is in writing that the “effort shown by the students” in the distance classes of these months will be evaluated. Likewise, all students will advance to the next course automatically regardless of their grades in the first months.

Regarding the university entrance exam (which in Italy is known as Maturità), the planned plans are followed. In other words, two scenarios: if they have returned to the classroom on May 18, it will be done in person, with a written exam. If not, the students will take an oral test on some digital platform. In other words, a much simpler test.

For 14-year-old students who in Italy must be tested at the national level, two scenarios are also contemplated: a written test if they return to classes on May 18, or the suspension of any exam if they cannot return by that date.

Dress like the protagonists of your favorite series / Spain News

“Maybe this radical destruction of Beirut is our last chance to...

They summon a flag against the Government: watch the video

Despite coronavirus restrictions, they asked that prosecutors continue to provide intervention...

Gold firm and on the rise amid pandemic

The GOVERNMENT will also seek to lower the PRICES of VEGETABLES ...

Until when the fiscal fair in the country was extended

In Antananarivo, a Photo Museum to testify to the history of...

Government eliminated withholdings on the export of knowledge services