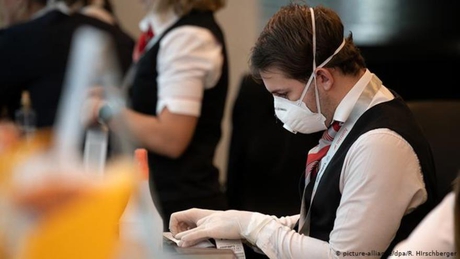 The UN agency for work estimated on Tuesday that the equivalent of 195 million full-time jobs could be lost only in the second quarter of the year due to the coronavirus outbreak, which has caused the closure of shops and factories worldwide .

The projection of the International Labor Organization (ILO) is based on the impact that the pandemic is now showing and represents a great increase from its previous prediction of March 18 about a loss of 25 million jobs in all of 2020 due to the covid-19.

The UN agency added that 2.7 billion workers, or roughly 81% of the global workforce, are currently affected by measures of total or partial confinement. Of this total, 1,250 million jobs correspond to hard-hit sectors, such as hotels, gastronomy, manufacturing and retail.

In its report, the ILO said that the coronavirus pandemic will eliminate the equivalent of 6.7% of working hours in the second quarter of this year, which is equivalent to the tasks and functions performed by 195 million full-time workers .

“We have to act quickly, decisively and with coordination. The correct and urgent measures could make the difference between survival and collapse,” said Ryder, who presented the data at a virtual press conference. The organization’s new analysis reveals, as More novelty, a general reduction in working hours, with a greater impact in the Arab countries, Europe and in the Asia-Pacific region, which includes China.

For now, data on employment contraction is limited, so ILO economists preferred to use changes in hours of work for this assessment, about which there is more information and that reflects both layoffs and the temporary reduction of working time.

Ryder said his organization has refrained from making “speculative predictions” about what the job outlook could be this end of the year, given that everything will depend on how long the pandemic lasts and on the measures that governments are taking in the meantime to alleviate its economic and social consequences, reported the EFE news agency.

On the vital question of sacrificing the economy for health or vice versa -a debate that delayed the quarantine in the United States, in Brazil and that makes Mexico refer to this option-, Ryder invited policy makers “to get out of this wrong logic It is not about saving lives or the economy, it is a false dilemma. “

“It is tempting to make comparisons with the previous crisis, that of 2008-2009, but the truth is that the magnitude of what is happening today is the direct consequence of the health policies that followed that crisis”he recalled.

The financial crisis of that time forced many countries – some of them the hardest hit by Covid-19, such as Spain or Italy – to adopt very strict fiscal austerity policies that reduced resources for public health.

According to the ILO, the world of work after the coronavirus will depend on two factors: the evolution of the pandemic and the political measures that are adopted to help companies, preserve employment and income, and stimulate the economy.

“The decisions we make today will directly affect the way this crisis will evolve, as well as the lives of millions of people. With the right measures we can limit its impact,” said the Briton.

To make it, The ILO called for the activation of fiscal and monetary policies that stimulate employment, as well as loan systems and financial support for companies..
For their part, they must assume responsibility for “retaining their employees and keeping them connected to the labor market,” the United Nations agency said.