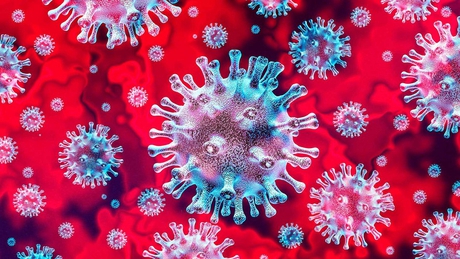 Compared to other viruses, SARS-CoV-2 has genetic differences that give it more sophisticated mechanisms to invade human cells.

xCovid-19 disease, caused by SARS-CoV-2, develops as an infection in the lungs and wreaks havoc on the immune system that can cause long-term lung damage or even cause death of the infected, explains Benjamin Neuman, professor of biology at Texas A&M University, in his article on The Conversation portal.

Despite being similar to other coronaviruses, the new virus has genetic differences that play a significant role in the ease with which a coronavirus infects people. SARS-CoV-2 has a completely different set of genes called accessories, which give this virus several advantages.

The coronavirus spreads when a viral particle with a single long chain of genetic material is inserted into a human cell, and then that genetic material instructs the cell to make about thirty different parts of the virus, allowing it to reproduce.

SARS-CoV-2 infects cells that have a protein called ACE2, which is responsible for regulating blood pressure, and binds to it using it as a gateway to infect more cells. This is one reason why the coronavirus can have more serious consequences in people suffering from high blood pressure.

Most of the damage from covid-19, Neuman says, is caused by the immune system itself by defending itself to stop the virus from spreading. “Millions of cells of the immune system invade infected lung tissue and cause large amounts of damage in this process of cleaning the virus and infected cells,” says the professor.

While the lungs are repairing, the doctors’ primary task is to support the patient’s body and keep the blood oxygenated.

At the same time, the biologist points out that “SARS-CoV-2 is more serious than seasonal influenza, in part because it has many more ways of preventing cells from requesting help from the immune system.”

For example, the coronavirus is capable of blocking the production of interferons, the alarm signaling proteins, by a combination of camouflage.

In this way, the disease “can work for a month, causing a little damage each day, while most people get over a flu case in less than a week.”

Employment: more hires are expected in the Córdoba region

Influential rating agency lowered his thumb to Argentina: how much will...

Ded Khassan, the last of the “Thieves in the Law”

Fayna’s shocking account of the mistreatment she suffered at the hands...

Humberto Sahade: The concept that we carry with us of innovation...

which ones win and which ones lose / Argentina News