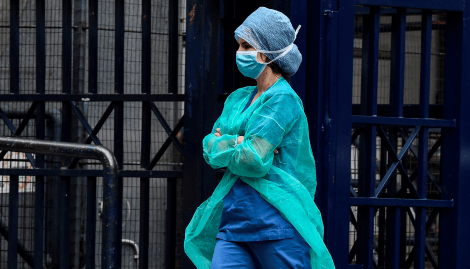 The news of A doctor who was discriminated against by the consortium of a building Belgrano for practicing a “high risk activity” generated great outrage in society. Faced with this, the owner of the department made a complaint in the Inadi and from the agency the neighbors were asked to stop these actions and apologize.

On Friday, March 3, the building administration sent a letter to the owners and tenants in which they explained that “in compliance with the requirement” that the institute had formulated, “in the future they should refrain from everything behavior that means a discriminatory treatment to any building resident, owner or tenant. “

In turn, he recommended to the neighbors that “apologies are offered of the case with the person who feels aggrieved. “

This Sunday, Victoria Donda, head of the Inadi, denounced on Twitter the appearance of “a phenomenon of discrimination towards people who are infected with the coronavirus, and even at medical and nursing staff who attends and assists them. “

A phenomenon of discrimination against people who are infected with the coronavirus, and even the medical and nursing personnel who attend and assist them, appeared strongly. Https://t.co/bdtNwMGMO9

The Covid-19 does not discriminate, do not do it by sharing messages like this.
? pic.twitter.com/dqG86AexjF

In a letter of her authorship, which was published on the website of the Ministry of Justice and Human Rights, the political leader compared: “Just as they came to us complaints from a consortium of neighbors that stigmatize an infected patient slightly, we see in society emotional acts of solidarity and empathy with the medical staff and other workers who make life possible in isolation. “

Then he claimed: “But we cannot applaud at 9pm and discriminate at 9am. We have to inform ourselves well so that the emotions that emerge don’t be irrational in the face of this emergency and don’t get carried away by fear. “

Finally, the lawyer called for the unity of society to face this pandemic and asked not to stigmatize the others.