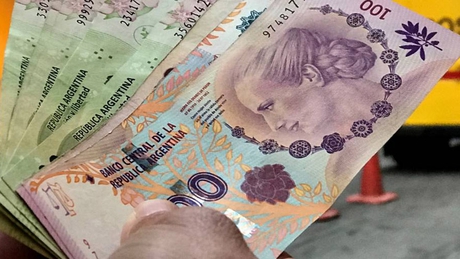 The Central Bank of the Argentine Republic arranged on Friday night that the bank branches will attend from Saturday, extending their hours.

Bank branches will attend from Saturday, April 4, expanding their hours. To unify in all the provinces, it was resolved that the banks will open during their normal hours and two hours of service will be added at closing (in CABA and GBA it will be from 10 a.m. to 5 p.m.).

Will be attended exclusively to retirees and pensioners through the window with DNI completed according to the following schedule:

The receivables for the month of March and non-contributory retirements:

Benefits for the month of April:

And as of Monday, April 13, the schedule announced by ANSES continues.

On the other hand, from now on the Federal Emergency Income (IFE) will only be charged at ATMs.

The novelty took shape after an emergency meeting of President Alberto Fernández with the head of the Central Bank, Miguel Pesce, and that of ANSES, Alejandro Vanoli, to try to reorganize the payment of Emergency Family Income to retirees who receive the minimum and beneficiaries of the AUH.

Tension in the Government

President Alberto Fernández urgently called the Central Bank president, Miguel Pesce, and the head of ANSES, Alejandro Vanoli, to the Quinta de Olivos to define a more organized retirement collection mechanism, after the criticism he received the Government for the agglomerations registered in the doors of the banks in the middle of the isolation by the quarantine.

With strong discomfort, the president blamed both officials for the chaos that happened this Fridays, and that it could lead to an increase in the spread of the coronavirus due to the unprotected situation in which thousands of older adults were left seeking to collect their salaries, it transpired.

The head of state held an extensive meeting with Pesce and Vanoli to reverse the situation, and thereafter the statement emerged in which the new collection mechanism was reported starting this Saturday, ordered by the DNI termination numbers.

After the challenges to both officials, the objective of the hearing that Fernández headed was to avoid that in the next few days these crowds in front of the banks of people who are considered to be at greater risk in the face of the pandemic are repeated.

As reported, the President’s anger also spread to the head of the La Bancaria union, Sergio Palazzo, who sought to detach himself from the situation and considered that ANSES was responsible for the disorder and also alluded in recent days that the banks were not open by decision of their owners and not of the union.

Pesce himself confirmed that the President was very upset by the way in which the payment operations were organized, which may put in check the isolation that millions of Argentines have been fulfilling for the past two weeks in their homes.

“The President called me very early worried about the situation. Yes, he was angry, what do you think,” said the head of the BCRA in a radio interview.

Earlier, amid the observed chaos in front of the banks, which included passed out retirees after several hours lining up, Vanoli launched a desperate request that those who can, “avoid” during the day go to the banks and use virtual channels.

“This account was hacked”: Samuel García clarified that he did not...

In full quarantine, they performed a wedding with more than a...

Chileans get the right to dip into their retirement savings

In quarantine, construction fell almost 50% in May

Increase domestic service 2020: how are the wages

Ivan Rakitic says he wants to win many trophies with Barcelona