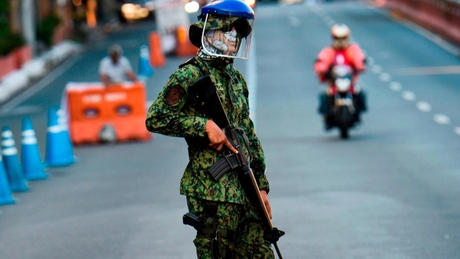 In that nation there are already close to a hundred deaths from coronavirus. “I am going to bury them,” its president threatened those who do not respect isolation.

Philippine President Rodrigo Duterte has warned potential offenders of the coronavirus containment measures to They could be shot dead for causing problems, and he has claimed that assault on medical workers is a serious crime that will not be tolerated.

In a televised speech, Duterte said it is vital that everyone cooperate and follow the home quarantine measures, at a time when the Philippine authorities are trying to curb contagions and prevent the country’s fragile health system from being overwhelmed.

In the Philippines there have been 96 deaths from coronavirus and 2,311 confirmed cases, all but three in the past three weeks, with hundreds of new cases reported each day.

“It is getting worse, so once again I reiterate to you the seriousness of the problem and your duty to listen,” Duterte said late Wednesday.

“My orders to the police and the army are that if there are problems and a situation occurs where someone defends himself and puts their lives at risk, shoot to kill“he warned.

“It is understood? Dead. Instead of causing trouble, I’m going to bury them“he stressed.

His remarks followed information released in various media outlets about a riot that led to several arrests Wednesday among residents of a poor area of ​​Manila, protesting insufficient government food aid, according to Reuters.

They also follow the outrage among the medical community over social stigma and cases of health workers suffering physical assault and discrimination, which Duterte said has to stop.

Duterte’s critics censure his fierce rhetoric and accuse him of promoting violence, as evidenced by his war on drugs, during which the police and anonymous gunmen groups have killed thousands of people accused of consuming or selling drugs.