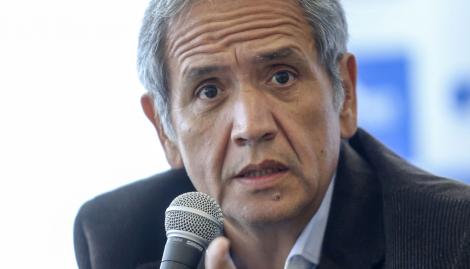 After a black Friday, in which thousands and thousands of older people crowded into the banks to collect their retirement, the head of La Bancaria, Sergio Palazzo, gave his version of events.

“In total there are 2,400,000 people who should have been paid, that is are 800 thousand a day. If you add to those who went to withdraw the debit card and look for the unemployment fund, many people crowded into the entities. A large number were also presented that could have used the ATM but would rather go through the window, “Palazzo told TN.

And he warned that before the mandatory isolation was decreed, and foreseeing what could happen, his organization asked the banks “that they speak with the Anses to advance the payments of retirements before the quarantine”.

In addition, the union leader threw a dart at private banks. “If you divide the number of people by the total number of branches in the country, the number of people in each bank is very low. But many do not want to pay retirees or those who receive social aid because they are not their target.. They don’t look good at their premises in Puerto Madero or Nordelta, “he attacked.

“Only public banks and four or five national capital banks do it,” he continued. No one can compel them, but this is a critical time“Palazzo closed.

Now that the new payment scheme has been unveiled, the unionist asked the government to “pay advertising to carry out a deep communication campaign to inform people of the schedule. “