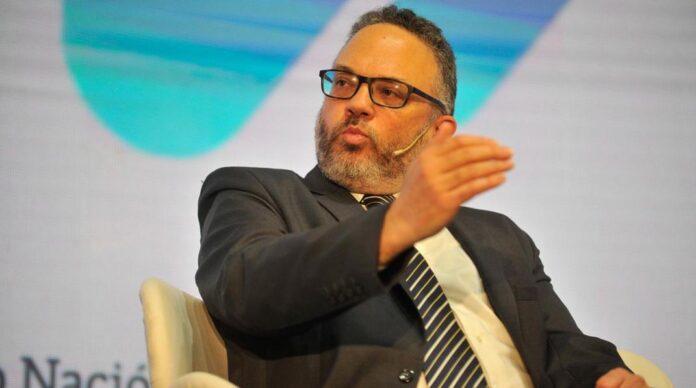 The Minister of Productive Development, Matías Kulfas, stated that “the field is well signposted and all that remains is for the banks to fulfill their role”, in relation to the delay of some financial entities in putting the credit lines into operation at a rate of 24% so that SMEs can finance the payment of salaries.

“Two weeks ago the Central Bank generated a reduction in reserve requirements to finance SMEs, thereby generating liquidity for the payment of assets,” and to expedite operations, it later appealed “to a public guarantee fund, the Fogar, and requirements were relaxed, “Kulfas explained in statements to El Destape Radio.

He affirmed that the credits are available in Banco Nación and other public entities, but “in other cases”, they do not see “that attitude”.

“We do not see that attitude and we ask them again, with increasing force, because SMEs need that the payment chain is not cut and that there can be financing even with very low production levels, or without activity, and to start as soon as possible possible when the situation is normalized, “said the minister.

Kulfas also highlighted the help provided by the Repro program, which covers part of wages, after “a sector-by-sector analysis, because some will have more complicated consequences.”

In this sense, he mentioned cases such as gastronomy and tourism, where the crisis “does not seem easy to reverse in the short term and they will require permanent support, that a State has to cover part of the salary and jobs are not lost.”

Kulfas affirmed, on the other hand, that “the supply is working quite well, although there were times when there was a lack of merchandise, especially when many people went out to collect for the quarantine.”

“The industry continues to produce, there is merchandise in supermarkets beyond some specific cases, and regarding prices there are different behaviors,” said the minister.

In general, he added, a good part of the maximum values ​​are being respected, beyond specific situations, although in neighborhood shops “there are conflicting situations and the inspections are more dissimilar.”

“To this is added the situation in fruits and vegetables, which have historically been highly volatile, and there are problems with the mobility of merchandise, but we seek to order from the Central Market to generate much more reasonable reference prices,” said Kulfas.

Finally, on the supply and prices of beef, the minister said that “they work with refrigerators to reach the consumer at reasonable prices”, while seeking to solve the difficulties due to the slowdown in the operation of part of the chain of the sector, specifically tanneries.

Felippa chairs the entity that brings together the main dairy plants...

In Jordan, the sling of teachers stifled by power

Another fintech offers up to $ 600 thousand of loan for...

The vice president of Brazil remains isolated after the negative of...

For Motorola, in 2021 the Argentine economy will grow above 5%

Coronavirus in Argentina | Who is the physical trainer who beat...