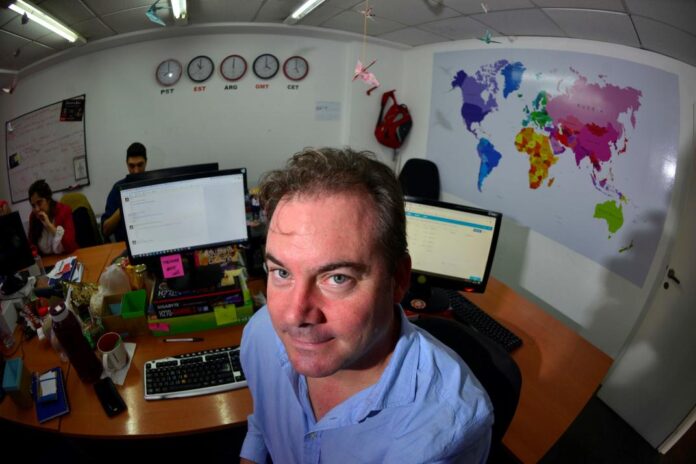 With the expansion of the coronavirus around the world, the Translation Back Office company, based in Córdoba, has carried out translations in more than 60 languages ​​for clients in more than 25 countries.

The firm headed by Charles Campbell works primarily on translating notices, public information gazettes, and instructions on how people should deal with the advance of Covid-19.

“We have worked on documents for clients as diverse as the United Nations (UN), on health and medical content, or a consortium of departments in Wisconsin (United States) that asked us to translate into 10 languages ​​recommendations on how to deal with the disease “He commented.

The company, founded in Córdoba 15 years ago, has managed to compensate for the drop in translations for industries and large companies, which began to deepen after the countries began issuing prison measures to stop the pandemic.

For the entrepreneur, who came to Córdoba from New Zealand two and a half decades ago, the recession “is going to hit hard” because it is generating problems in collection.

“There are clients who are paralyzed. All over the world, the industry slowed down the translations of technical manuals and documents for machinery. The company’s turnover has not declined, but this will put everyone to the test, “he warned.

According to the businessman, the largest amount of work comes from California and Seattle, in the United States, headquarters of the main technology companies. With the advance of quarantine in the world, there is an increasing demand for security platforms, games on linevirtual sports e-learning (platforms for virtual training) and distance education.

In addition to having a team in Córdoba, Campbell works with translators on different continents.

“The most exotic languages ​​in which we had to translate were Africans. I had a stroke of luck, because in February I was in Tanzania, participating in a congress in which I was a speaker; there I met with colleagues and got translators and linguistic resources that we lacked and whose demand increased these days, ”he mentioned.

Since March 20, its team of 120 professionals has been working virtually. To communicate with customers, they use platforms like Skype, but for internal connection, they apply a software of the kind workflow system (platforms that automate the interaction and exchange of documents) that the firm imported from Germany two years ago, in which it invested $ 30,000 and financed it with a productive loan at a subsidized rate.

This allowed him to implement the so-called telework or home office, especially with women who finished their maternity leave or young professionals who had older adults in charge.

When the national government imposed the health emergency, it was already prepared for the company to continue operating seven days a week for 24 hours, since it has clients with different hourly uses, despite having its staff in each of their homes .

“This creates a thousand new challenges, but the important thing is that we are working,” said Campbell.

120 Team. That is the number of professionals who, from a distance, are coordinated by Charles Campbell, under the umbrella of Translation Back Office, the venture he founded in Córdoba in 2005, with the support of local capitals and years after deciding to settle permanently in Argentina.

The original text of this article was published on 04/02/2020 in our printed edition.

Coronavirus: they are looking for two German tourists who escaped from...

Facebook: outrage in Juliaca for assault on women in shopping center...

What is the price of the BLUE DOLLAR TODAY, Tuesday July...

Crime of Fabián Gutiérrez: the suggestive links of the family lawyers...

“We have witnessed a new crime linked to the Kirchner power”

Rodríguez Larreta confirmed the City’s adherence to the protocol for the...

Afip launched the extension of the moratorium: what you need to...

How does the tax on the rich affect the arrival of...