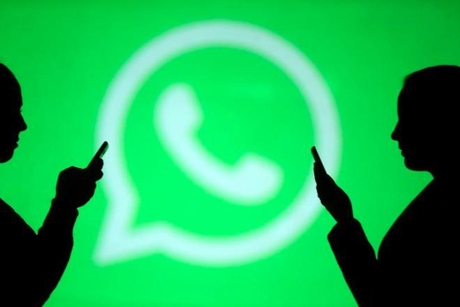 The application would work on the support to use the same account on multiple devices and on the messages that expire in the conversations.

WhatsApp does not want to leave a trace. Or rather, it wants to give you the option that your messages are not stored on the mobile of the person to whom you send it, which can be a major security improvement for certain people.

The application would work in two functions that improve the service for users: support to use the same account on multiple devices or messages that expire in conversations.

WhatsApp has tested the feature of deleting messages in its preliminary versions, which are only accessible to developers and people who participate in the company’s trial programs, but it seems their launch is closer than ever.

Self-deleting messages will be available in group and individual chats, although it seems that now will be called “messages that expire”. This way of calling them will be visible to group administrators, according to the digital newspaper WABetaInfo.

It is a function that the user will have to activateAnd when it is, the icon of a clock will appear in the conversation image, visible both in the chat list and when clicking on a specific one. They will be removed after a day, a week or a month, as determined by the user.

WhatsApp works on introducing support for various devices. This function will allow you to use the same messaging service account on different computers, such as a mobile phone and a tablet, at the same time.

As reported by WABetaInfo, when the user adds his WhatsApp account on another device, a message will appear to warn of a change in the encryption keys because you are logged into different devices.

Both multi-device support and expiring messages are features in development, available in the beta version of the Android app, but not for the general public.

The second part of Luis Miguel’s series, in checkmate because of...

The “tardies” who have conquered Madrid / Spain News

The Government officialized the return of the “Creole barrel” to 45...

Will the Government be able to stop the dollar ?: the...

Coronavirus in Argentina | Formosa let the stranded waiting on the...

Coronavirus: a group of friends and neighbors sew masks and gowns...

Coronavirus: in La Plata, even the statues of Evita and Alfonsín...

Mercado Pago’s bet, a single account for all services

What is the VIX, the index that reflects the “fear” of...