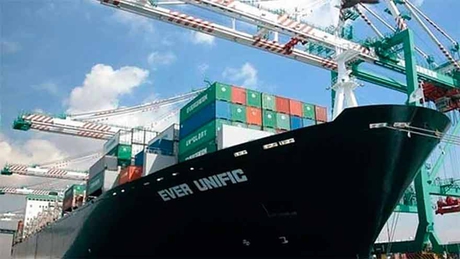 From the consulting firm Abeceb, they expect imports to fall at a faster rate than exports, consolidating a greater trade surplus

The commercial exchange with Brazil closed the month of March with a bittersweet flavor for Argentina, after reaching a surplus of $ 47 million.

It is that although the advance of the Coronavirus has significantly affected the economic activity in several countries of the world, the data of the bilateral trade between Argentina and Brazil corresponding to March “seem not to have felt the impact”, according to the consulting firm Abeceb.

In fact, according to data from the Brazilian Ministry of Development, Industry and Foreign Trade (MDIC), in March, Argentine exports to Brazil decreased 16.8% compared to the same month of the previous year, a rate similar to that of January (- 16.8%) and February (-15.6%), while Argentine imports from Brazil decreased 3.2%, even slowing their rate of decline compared to previous months.

Despite this, The trade surplus for March implied a deterioration of US $ 140 million with respect to the surplus registered in the same month of 2019 (US $ 187 million).

What happened to bilateral trade in times of pandemic? From the consultancy they noted that “in March there were no significant operational restrictions on commercialization: ports on both sides of the border and land transport continued to operate without major obstacles to the commercialization of goods. Furthermore, the quarantine in Argentina was established export commitments were considered essential activity and therefore the operation was not blocked. ”

“There were also no restrictions on the supply or cut of key inputs from either side of the border and as for the demand, what was marketed in March was more due to previous commitments than to the month’s own,” they stressed.

Abeceb revised downward the growth projections for both countries: for Argentina they forecast a contraction of 2.2% per year (from 0% previously) while for Brazil they now estimate a decrease of the order of 1% per year (compared to + 0.9% prior).

“Consequently, it is most likely that trade between the two countries will decline again in 2020. With INDEC data, we estimate that such deterioration would be approximately -5.3% to $ 19,453 million,” they indicated.

Thus, with the change in scenario, the projections of both variables that make up the indicator went into negative territory: Argentine exports would fall 3% in an optimistic scenario of US $ 10,075 million and imports not less than 7.7%, au $ s9,378 million.

“Despite this retraction in trade, Argentina would end the year with a surplus of around US $ 698 million, being the second consecutive year with a positive result and the highest record since 2002, “they indicated from the consultant.

Thailand facing an unprecedented sling of its youth

Two officials from the City of Buenos Aires involved in a...

Coronavirus scenarios in Mexico: these are the phase 2 measures that...

Three Rwandans arrested in Belgium on suspicion of taking part in...

A deputy who distributed pantries has coronavirus

Goycochea was moved on the air by the death of Maradona ...

Five years of ‘709’: the systematic repression against lawyers in China