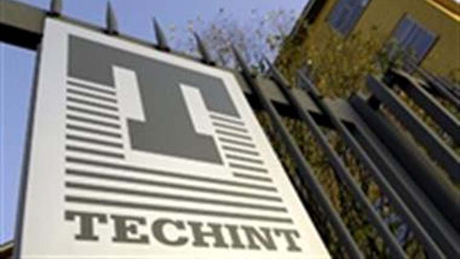 The president of Techint Construcciones, Carlos Bacher came out this Tuesday to give the official position of the company after the dictates of the compulsory conciliation by the Ministry of Labor to suspend the layoff of 1,450 temporary workers and explained that the suspensions are due to the fact that all his works are paralyzed and, therefore, they will not be able to invoice during the month of April.

This occurs after President Alberto Fernández had branded the company’s attitude “miserable” on Sunday.

“We carry out projects for private clients and they stopped unexpectedly for three reasons: an indication of our clients, the quarantine dictated by a national decree and the impact of our own operators,” said Bacher, who stated that “the invoicing of our company for April is going to be zero. “

Faced with the impossibility of paying the salaries, Bacher explained that the company took refuge in the agreement signed between the companies and the Unión Obrera de la Construcción de la República Argentina (Uocra), the union that groups construction workers.

“Here there was a labor agreement signed with the Uocra that ensures that projects can start, end, stop, and construction employees are accumulating money in the unemployment fund that is collected on the day their work ends, either that the project be stopped or suspended, “argued the engineer.

For Bacher, “it would be convenient at this time that as these projects are suspended, that people collect the unemployment fund accumulated throughout the months they have been working.”

“In our projects, the unemployment fund that has been contributed by the company is a month and a half of salary,” said the head of Techint Construcciones, and in order to direct the negotiation with the union side, Bacher suggested that “the companies that can make an additional contribution to that insurance. “

Liga México announces football matches without public in the face of...

Among metallurgical companies, the image of industrial and economic policy is...

How many real estate agencies carried out quarantined operations?

Another construction bleach: what could go wrong

The national government enacted the teleworking law: what it entails

Peruvian Justice ordered the release of Keiko Fujimori amid the coronavirus...

Shaken by the Trump era, Europeans want to consolidate their sovereignty

Almost 77% of Cordovan businesses lost sales: in which areas there...

What is the price of the BLUE DOLLAR TODAY, Wednesday July...