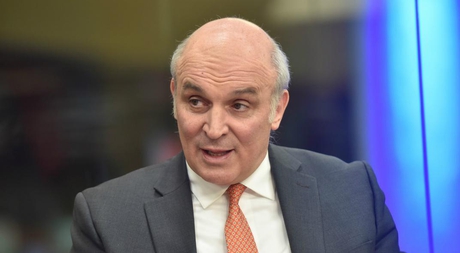 The economist and former presidential candidate José Luis Espert pointed out that President Alberto Fernández is grossly mistaken in assuming, in the immediate fight against the coronavirus pandemic, that “health” and “economy” are “two different currencies” and one must choose between one or the other.

For the economist, who was interviewed in America by Alejandro Fantino, it is “two sides of the same coin” and it is key to minimize the damage on economic activity to avoid that, later on, the damage to the economy ends up inflicting even more damage to health.

“I am not worried about the dollar at the end of the year. The heart of Argentina, which is private activity, is at stake here: we are dying,” he said.

“If you care only about health and forget the economy, you will destroy it and you will have more health problems later“he argued.

“This bomb kills the private sector,” he said of the official strategy.

“The economy is falling apart today. If companies, SMEs, freelancers and employees are going to charge zero, they are going to pay zero,” said the also former presidential candidate. Therefore, he advised, “you have to agree with the workers and keep the companies and the sources of work.”

Among the proposals, Espert proposed that the Government “lower taxes to a quarter” over the next three months.

In parallel, between the negative effects of the official strategy of quarantine and “social distancing” to reduce the spread of the virus, he particularly pointed to two:

On the one hand, he warned that “unemployment will explode.”

In parallel, he said that “the Central Bank is going to have to take over the payment of some private salaries; indirectly, with rediscounts to the banks so that they can lend to the companies. Today none of this is happening.”

In addition, he asked himself: “What do the mayors who close the passages of the trucks that raise the harvest have in their heads?” and emphatically urged them to “let out” the grain trucks.

Through a platform, Cordobans invest in real estate in Detroit

Is it safe to vaccinate without gloves? What the protocols say ...

Coronavirus in Argentina | Long lines to take the quick tests...

AT&T wants to sell its share in DirecTV: who is the...

Debates escalate over non-respect for the rule of law by Poland...

What will happen to the gap between official dollar and blue,...

the new offer to creditors is official

The US recorded a new daily record with 66,528 covid-19 infections