Coronavirus | From the first case to total quarantine: the chronology of the pandemic in Argentina


Tuesday March 3, 2020 was the date on the calendar when Argentina stopped being a spectator of the virus that was spreading in the world and confirmed its first case of coronavirus in the country. 24 days later, the number of infected climbed to 690 and left 18 dead.

The Government took into account what was happening in the European countries and the United States and, based on the recommendations of the World Health Organization (WHO), He took a series of urgent preventive measures: the suspension of classes first and the obligatory social isolation later, were the strictest.

The Ministry of Health reported the first positive case of coronavirus in the country. He was a 43-year-old man who came from Italy.

The second case was recorded in a 23-year-old who returned from Italy on March 1.

Argentinian airlines canceled flights to and from Rome due to falling reserves.

Six cases were confirmed, to reach a total of eight. The new registrations occurred in the City of Buenos Aires, the Buenos Aires party of San Martín and Córdoba.

The Ministry of Labor ordered one of the first major measures: that private companies and the public sector grant an “exceptional license” to people who come from abroad, to stay at home and quarantine for 14 days.

Although only one case was recorded, the first death in the country was announced. He was a 65-year-old man who was admitted to the Argerich Hospital in Buenos Aires. He had come from France and was diabetic, hypertensive and had kidney and bronchial problems.

The Ministry of Education asked that teachers and students who have returned from trips from risky areas stay at home.

Three new cases were confirmed. The total number at that time was twelve infected.

With five more positives, the number rose to 17. The first cases were registered in the provinces of Chaco, Río Negro and San Luis.

President Alberto Fernández announced a $ 1.7 billion fund to strengthen the equipment of laboratories and hospitals, and voluntary isolation was recommended for those over 65 years of age.

Aerolineas Argentinas suspended flights to Miami and Orlando and two new ones infected with Covid-19 were registered, reaching 19.

World Health Organization elevated coronavirus from epidemic to pandemicTherefore, Fernández established the mandatory quarantine for Argentines and foreigners who had returned from risky countries.

The Ministry of Transportation established a new protocol for flights to Argentina, with increased controls on passengers.

Two others infected became official. The total was 21, all “imported”.

Alberto Fernández spoke on the national network and announced new measures to deal with the pandemic through a Decree of Necessity and Urgency.

The President ordered suspend flights from areas and countries at risk from Friday the 13th and for a month: Europe, the United States, China, Japan, Iran and South Korea. It extended the health emergency to one year and banned events with more than 200 people.

In Ezeiza they installed thermal cameras with remote sensor to record body temperature, and it was established that sports matches should be played without an audience.

There were ten new cases, with a total of 31.

On the tenth day the second death in the country. He was a 61-year-old man from Chaco, who was a university professor and had come from Europe.

There were three more confirmed, with 34 positives.

Government banned for 30 days the entry to the country of non-resident foreigners who have been in affected areas, while religious communities suspended celebrations and restricted attendees to their temples.

Eleven more infected people were known. The total was 45.

The President, together with Horacio Rodríguez Larreta and Axel Kicillof, announced the suspension of classes nationwide through March 31.

In addition, work licenses for those over 60, pregnant and under 60 who are a risk group. The closing of movie theaters and theaters, and of the National Parks were also ordered.

With the confirmation of eleven new cases, the number rose to 56.

The mandatory quarantine was extended to those who entered the country from Brazil and Chile, and football clubs agreed to suspend the Super League Cup.

There were nine more Covid-19 positives, reaching 65 across the country.

The national government launched a battery of economic and social measures: the payment of a bonus of $ 3,000 for minimum retirements, $ 3,100 to beneficiaries of the Universal Child Allowance and the Universal Pregnancy Allowance.

Also. the Ministry of the Economy set the concession of low-rate loans, the price control and the reduction of employer contributions for the most affected sectors.

The cabotage flights and long-distance train and bus trips, to avoid the circulation of people on the eve of a long weekend.

A 64-year-old man, a resident of the city of Buenos Aires, died in a private clinic and was the third victim. He had direct contact with a person who had returned from abroad. He had diabetes and hypertension.

The Ministry of Public Works reported the construction of eight modular emergency hospitals with 560 beds of therapy, and Alberto met in the Casa Rosada with the heads of the parliamentary blocks.

There were 18 more positives, being 97 in total in Argentina.

Government decreed preventive and compulsory social isolation throughout the country, in the face of “an unprecedented potential health and social crisis”.

The measure contemplated exceptions for those who work in essential activities (health and safety) and enabled the operation of supermarkets, pharmacies, healthcare centers and service stations, allowing minimum and essential movements to stock up on cleaning supplies, medicines and food-

The first “clap”, in gratitude to the health personnel.

On the first day of quarantine delayed about 250 people for breaching the isolation.

The Ministry of Transportation established a new scheme for the schedule of passenger services in the metropolitan area.

A 67-year-old woman, who was admitted to a clinic in Luján, was the fourth victim. He had a history of obesity and chronic obstructive pulmonary disease. He had traveled to the Dominican Republic.

The Ministry of Health released 67 more cases, reaching 225 across the country and 3,200 detained for not respecting the quarantine.

Supermarkets and warehouses reduced hours of operation. The number of detainees grew to 5,000, while 140 Argentines were repatriated from Peru in the Hercules C-130 planes that the State sent.

The Government announced that will give $ 10,000 to 3.6 million category A and B informal and monotributistas workers.

It was arranged that people who traveled to the coast for the long weekend (despite the quarantine) could not return to their homes.

In San Luis, the local government announced the restriction of the movement of people on public roads according to the completion of their documents.

Laboratories from different provinces and the city of Buenos Aires began to perform the coronavirus test after delivery of the kits from the Malbrán Institute.

The number of detainees was raised to 10,300 for breaching their isolation since the measure began.

With two other deaths, the number of victims climbed to six. One was a 53-year-old man from Chaco, who was in contact with a person who had been abroad, and the other was a 71-year-old man from Mar del Plata, who had diabetes and severe respiratory failure and had returned from Spain.

86 positives were added for a total of 387, in addition to 13,000 arrested for violating the isolation.

In an online session, the deputies and provincial senators of Mendoza lowered their salary to 50 thousand pesos.

The President reported that he suspended the return flights of Argentines stranded abroad, in addition to the purchase of half a million reagents.

They gave the seventh and eighth deaths in the country. An 81-year-old woman in the city of Buenos Aires, who had been in contact with a person who returned from the United States; and a 73-year-old woman in Chaco, who had diabetes, hypertension, and obesity.

The Government decreed the closure of the borders for air, land and sea traffic, and mandated payment of a stimulus allowance of $ 5,000 for health workers.

The last flights arrived in Ezeiza before the total closure of the borders. A stimulus allowance of $ 5,000 was awarded for security personnel and the Armed Forces.

There were 101 confirmed, with 690 infected throughout the country.

They first met two more victims, 18 and 19. A 51-year-old man who was in Spain and Egypt and an 84-year-old woman from the City of Buenos Aires, who maintained contact with someone who came from abroad.

Axel Kicillof extended the ban on cultural activities for fifteen days in the Province of Buenos Aires, and the number of total infected reached 745, with 55 new cases.

Launch system to control prices and sanction breaches in Province

“Private activity is dying”, the harsh criticism of an economist 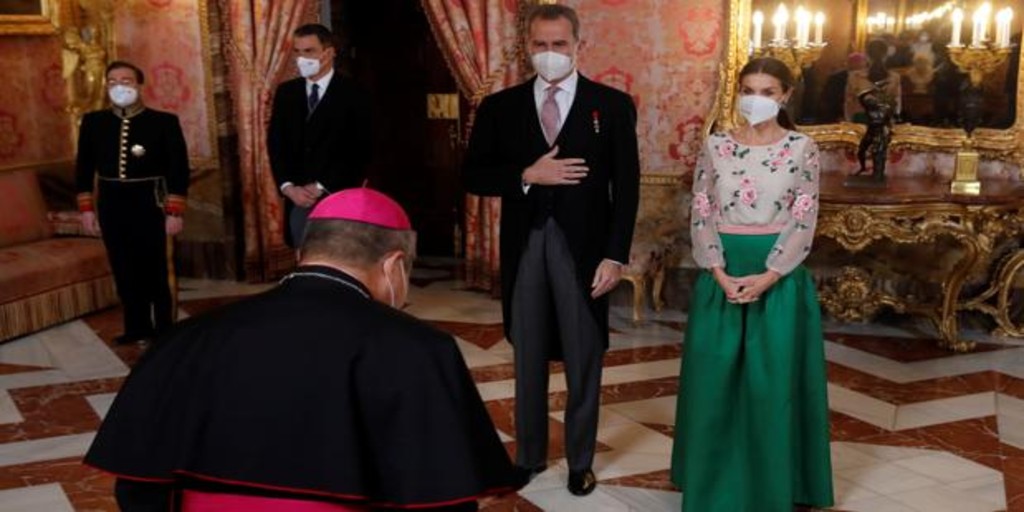 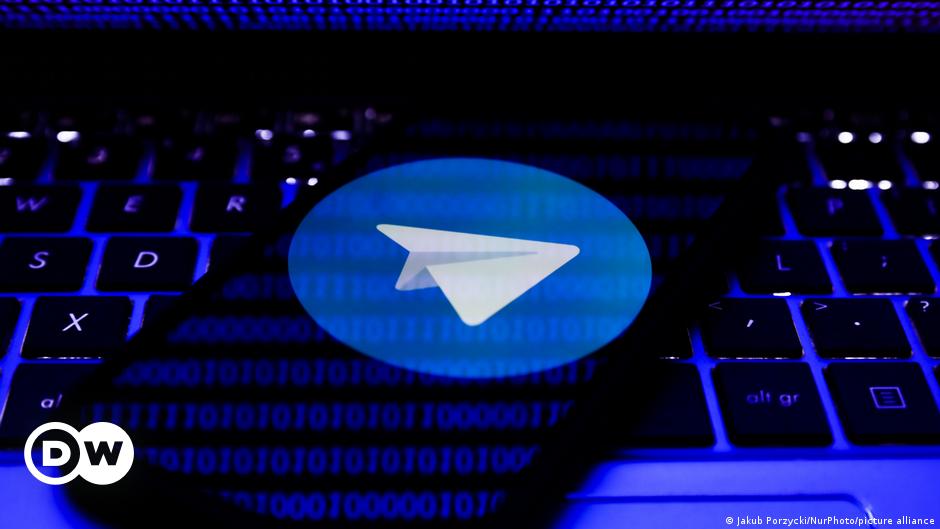