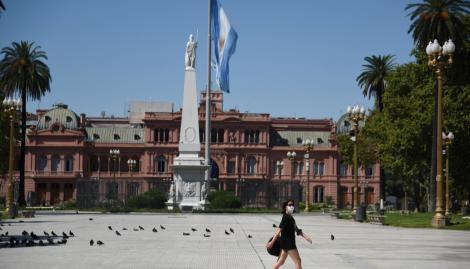 This Saturday a man starred in an unusual event when He entered the Hotel Buenos Aires dressed as a doctor and tried to get his partner out, who is complying with the mandatory isolation as all the passengers who arrive at the country from risk areas by the Covid-19. As confirmed by official sources to TN.com.ar, the local staff discovered it and now Justice is investigating it.

At around 3:00 p.m. the man arrived and sat in the lobby of the hotel located in Suipacha 854. He told a member of the Buenos Aires government mental health team that “I was carrying medication for the patient in room 301”, whom he never identified.

Because only the members of the health teams can have contact with the people who are in quarantine, a doctor was in charge of bringing the medication to the passenger who told her, in passing, that she wanted to take two suitcases out of the room.

A few minutes later, the hotel staff saw the alleged doctor leave the elevator with two suitcases and instantly one of the volunteers intercepted him. Accused by those present of having broken the quarantine, the man appeared at that time as a doctor. “I know about these things,” he said angrily, trying to get rid of the situation.

Finally, the man, who works as a dentist, He admitted that he was the husband of the woman in the room. Hotel staff called the police, who accompanied the fake doctor to his home, where he must serve 14 days of mandatory quarantine. In addition, the circulation permit was revoked. The police station 1A and the Federal Court 9 intervene in the case.

A total of 2,114 passengers who arrived in recent days at Ezeiza and the port of Buenos Aires remain in 19 hotels prepared by the City Government to comply with quarantine and make an assessment of their clinical status. At the same time, until 18 this Saturday, 334 passengers withdrew, all referred to their homes to continue the isolation.

For the first time, a trans officer assumed a hierarchical position...

More than 80 SMEs require banks to “meet the needs”

UEFA suspended the Champions League and its other competitions “until further...

What can happen to the dollar, according to economist Daniel Marx

on Thursday they pay retirees, AUH and Anses IFE bonus