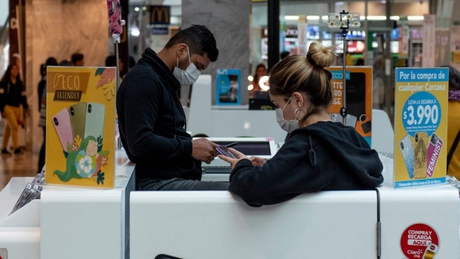 In the past few days, thousands of workers have been laid off or suspended, but can an employer make this determination in this context?

From the decree of the mandatory quarantine for the whole country, the work moved to homes. But not all activities can be adapted to telecommuting: there are a large number of workers who cannot carry out their tasks from home.

In this context, some companies took the opportunity to fire or suspend their employees, so the Association of Labor Lawyers warned that in recent days they received thousands of complaints from workers for non-compliance by employers.

Faced with this, doubts arise: What happens if you are fired during quarantine? Can companies fire or suspend their workers in this context?

“While there is no rule that regulates this situation because it was never imagined before, there is a set of principles that can solve it. The principles are guiding philosophical ideas that are actually intended to be applied in specific situations, which legislators do not They were able to foresee, when doubts arise in the face of a legal vacuum. And here are two principles that are absolutely applicable: the principle of good faith, that is, the one that indicates that the interpretation of employment contracts – both by the employer and the worker – Good faith must govern, it means that we are going to interpret it honestly and not mischievously, and secondly, it is “In dubio pro operario”, which indicates that in case of doubt, the law applicable to a situation is going to always interpret in favor of the worker, “explains Guillermo Kisman, a labor lawyer and teacher at UBA and UCES, to Clariin.

For his part, Gustavo Ciampa, president of the 7 de Julio Labor Law Current, is in line with his colleague: “The analysis of the powers that the law grants to employers in the framework of employment contracts should take as a starting point the obligation that the Labor Contract Law (LCT) itself imposes on it to act in good faith ‘adjusting their conduct to what is proper to a good employer’, and that these powers should be exercised in a functional way, attending to the purposes of the company and the demands of production, but in turn with preservation and improvement of rights personal and property rights of the worker “.

And he adds: “Currently its analysis must also take into consideration the current Health Emergency situation and the regulations that establish and regulate the” Social, Preventive and Compulsory Isolation “(DNU 297/2020) whose purpose is” to protect public health. ” And in addition, it is necessary to evaluate that the “Public Emergency in Occupational Matters” (DNU 34/2019 of December 13, 2019) is also in force for a term of 180 days in order to ‘stop the worsening of the labor crisis’ “

The DNU 297/2020 that the President Alberto Fernández signed is a key piece. Workers have to rely on. This is what Kisman explains to Clarin, who until December 2019 was an official of the Ministry of Government and Justice of Tierra del Fuego: “The DNU itself says in its recitals that its purpose is to mitigate the spread of the virus and its impact on the health system. That is why it precisely prohibits’ the movement of people along routes, roads and public spaces‘and only the services declared essential in the emergency are excepted in Article 6. If we read Article 8 of that same decree, it provided that during the isolation “workers will have the right to full enjoyment of their usual income.” Here we would have to make a first interpretation: this is a general and subsequent rule, and although I do not doubt that it does not derogate the Employment Contract Law, much less, it intervenes in it because it is a law that was specifically dictated and general, and is valid as long as Congress does not say otherwise. Thus, Decree 297/2020 displaces -at least during the contingency- certain issues of the Employment Contract Law “.

And he adds a tip that seems key for workers: “I think it is important that in the face of a legal vacuum or at least a dubious circumstance like the one we are experiencing, all parties are as transparent as possible. I think that the worker should also be clear and transparent, in that sense you should notify your employer in some way to clear any doubts. I do not think it is essential that you send a telegram or a letter of document, but it is not wrong to send an email or a note or a message with some type of creditable support, through which you tell your employer that you do not attend under the DNU and that you do so in a more forceful way than just a word or a phone call. “

“ANDI am sure that in the case of suspensions or dismissals for this matter, dismissals with cause will be considered. Nor do I believe that the judges subsequently validate or approve any type of suspension or dismissal for serving the quarantine.. In addition, it should not be forgotten that if a worker does not attend, the employer must notify him / her by telegram to resume tasks and at that time the worker will have the opportunity to say why he / she did not attend, as provided by the Employment Contract Law. I believe that any trial for suspension or dismissal based on the absence of the worker or lack of work, which would eventually take place after quarantine, should be won by the worker, “he warns.

The Government will promote a new money laundering

The Government of Santa Fe denounces that there is intent behind...

How is the entry and exit of Argentines to the country ...

This is how banks alert customers who buy more than USD...

Gustavo Petro, leader of the Colombian left, revealed that he suffers...

A strong earthquake shakes Croatia and causes damage in Zagreb