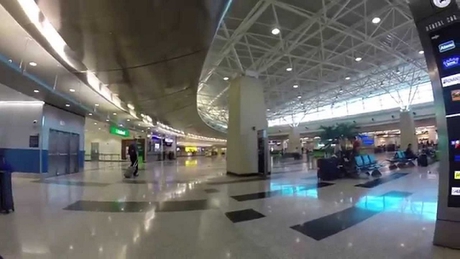 They are a tourist victim of the coronavirus crisis that is suffering like the others, but they have been unable to do anything but suffer

There is a tourist victim of the coronavirus crisis who is suffering like the others but who has been unable to do anything but suffer: the rent-a-cars, whose reserves have sunk in a few days, suspending part of their workforce and remaining in minimal structures. Most of them keep their offices open, although without clients.

Reservations in some places are gone: no travelers, no rental cars. But the investment is still there and in many cases also the open offices.

Reserves for the following months have also fallen significantly. In the United States, one of the countries that until these days seemed to be on the fringes of this crisis, the reserves for April have fallen 60 percent.

Avis Budget, the world’s leading rent-a-car group, has announced that it is launching an immediate $ 400 million cut in spending program. The company has commissioned its financial service to refinance its banking sources in the face of the crisis that may spread. Enterprise, another of the big ones, said that “an important part of our agencies is still open” although the most tourist destinations have closed.

Sixt also keeps most of its offices open although hours have been reduced. In Spain, Italy and Austria, where things are worse, closed offices are more.

Companies have chosen to expand non-cancellable reserves for the future because otherwise, they think, with so much uncertainty, the reserves would be minimal. Hertz has lowered the rental age from 20 to 18, because of its small unattended niche. Avis now does not charge a bonus for those under 24 years of age.

In many companies in Spain, layoffs at headquarters have occurred quite a few days ago, given the total drop in income.