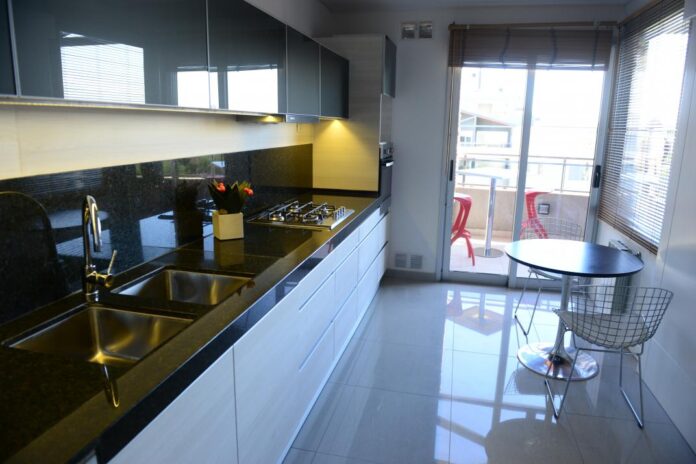 One of the characteristics that distinguishes the Cordoba real estate market is the wide offer of own financing that developers propose for the purchase of properties.

For this reason, the freezing of the mortgage loan quotas that the national government would be about to impose, in the context of the coronavirus emergency, forces companies to evaluate what to do with this range of options, most of which are updated based on the monthly variation in construction cost.

For now, the bulk of the developers have not made concrete decisions regarding their own plans. But they are evaluating what to do if they start having problems so that their clients face the payment of the monthly commitments assumed.

“This is a situation that exceeds us, that changes minute by minute. It is difficult to give an answer, but the idea is to apply common sense and do what we have always done with our clients: in the event that someone has problems, analyze it, check that they really are in a complicated situation and find a solution for them ”, said Horacio Parga (son), financial director of Edisur.

In the case of this company, for example, most of the ventures are held in trusts in which each buyer is a trustor. Therefore, changing the conditions to one would also mean having to modify them to the rest.

“We cannot think only about clients, we also have suppliers, our own collaborators. It can mean delaying or paralyzing works that may not be convenient for everyone, “he added.

With a similar position, Lucas Salim, president of the Proaco Group, expressed himself: “The position is to evaluate case by case and, if the client has any inconvenience, not complicate it.” “It is something that we have applied on other occasions and we never had any judicial problem to collect. Lastly, when we see that they are very complicated, we have offered to sell them the property so that they can get out of the problem, ”he mentioned.

Those who do have a decision already made are the directors of Conoc Habitar. Ezequiel Ocaña, head of the company, explained that the system they have for their neighborhoods consists of a quarterly revaluation of the quota based on the price of the cement bag. “We have already decided to withdraw the April 1 update. And that of July 1, we will see, “said Ocaña, whose main clients are middle-class families.

In the Horizonte Cooperative, whose mass of associates is made up largely of self-employed workers or independent (salaried) workers who are the hardest hit by the quarantine, they also recognize that determination is difficult to reach.

“The increases in construction materials and labor cannot be ignored because it would mean delaying works or not being able to build. But in this crisis within the crisis it will be necessary to look for alternatives ”, mentioned its president, Carlos Moro.

He stressed that the financing of the cooperative is soft and that the client from the beginning has the possibility of falling behind for five months and not being in arrears yet. “What can happen is that these months the owner pays less and the term is stretched more until the loan is canceled,” Moro said.

Meanwhile, the government’s announcement about the freezing of mortgage loans is expected to be through a decree of necessity and urgency.

Real estate, on the digital channel

“Since the quarantine began, we have handled more than 730 calls. And we carried out the first live broadcast with an adviser in which more than 800 followers participated, ”said Edisur when asked about what plans they have taken to face the challenge of selling without face-to-face attention.

Among other strategies, the company decided to extend the hours of online service from Monday to Monday, including holidays, from 9 to 19. And recalled that both 0810 888 3347 and 351 200 7780 (only WhatsApp) are attended by the team. of sales. Clients can also schedule video conferences with advisors by WhatsApp, Hangouts or Skype.

As an additional point, Edisur launched a 15 percent discount promotion for the digital purchase of lots in its new neighborhood called Brisas de Manantiales.

Lucas Salim, head of the Proaco Group, expressed in this context his surprise that the adaptation of the public to these new forms of communication is faster than expected.

“We see people more willing to evaluate proposals or advance operations remotely than before,” said Salim.

Similarly, Ezequiel Ocaña, president of Conoc Habitar, highlighted: “Being a young company, we had already managed to develop a platform for several months to be able to do everything virtually because we saw that the sales trend was being digital” . 80 percent of Conoc’s clients are banked.

The original text of this article was published on 03/28/2020 in our printed edition.

what is the price on thursday march 4 / Argentina News

The “rent a car”, among those most affected by the coronavirus

AMP.-Coronavirus.-India adds almost 25,000 cases in one day and surpasses Russia...

I followed the 13th Industrial Colloquium live: where is Argentina going,...

The 7 fruits with the least calories and with the most...

How to invest in the most used instruments in the world ...

Nine millionaires who plan to give away their money