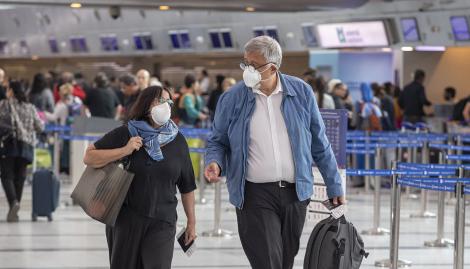 The coronavirus claimed a new victim in Argentina: TN.com.ar He was able to confirm that a 51-year-old man died in Mar del Plata. There are already 18 people deceased in our country.

The hospitalization occurred on March 15, a day after his arrival in Argentina. I had visited Spain and Egypt and already had symptoms since the 10th of that month.

The man had no previous health problems.

The number of infected (690) It is made up of 597 active infected and 76 people who were discharged. Of those confirmed, 56% are imported, 24.2% are close contacts of confirmed cases and the rest are under epidemiological investigation.

The Secretary of Access to Health, Carla Vizzoti announced this Saturday the arrival in the country of 31 thousand reagents to “make determinations” of coronavirus.

“Starting Sunday, distribution begins throughout the country to complete and reinforce this decentralization that will allow us streamline diagnostics “he added.

A 51-year-old man who came to our country on March 14 after having been in Spain and Egypt, presenting symptoms compatible with coronavirus infection since March 10.

The hospitalization in Mar del Plata took place on March 15, remaining isolated with respiratory assistance until his death.

Meanwhile, family contacts remained asymptomatic during the quarantine period. The patient had no known comorbidity.

What will be the seats of the planes after the coronavirus

The delirious Christmas message of Ted Nugent, the Republican rocker: “The...

Fraud alert using the free NETFLIX subscription as a hook

How much longer will the WHO pandemic last?

The Government declares a health emergency for one year

Quarantine | This Monday more activities resume: the employees of the...