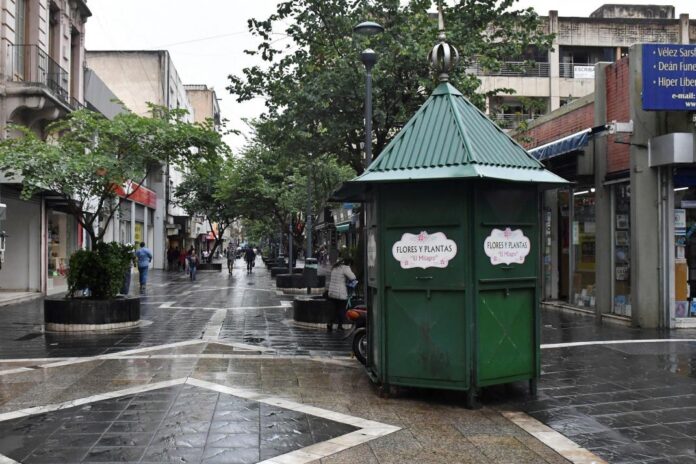 As the end of March approaches, concern grows among employers and workers about how they will be able to cover their wages in the midst of an almost paralyzed economy. For those who work informally or generate income on their own, the situation is even more dramatic.

This anguish cuts across two sectors with high participation of workers: commerce and services. In both, more than a million Cordoba people work in different modalities (registered and informal, salaried and self-employed).

And the activity accuses, according to data from the Argentine Chamber of Commerce and Services, a parate that keeps 70 percent of its economic units closed and without the flow of funds.

In such a picture, that entity and, at the local level, the Córdoba Chamber of Commerce have been requesting a series of relief measures to deal with the situation. They insist that what was announced by the national and provincial governments is not enough, given the gravity of the situation.

To make the number of workers affected more precise, the analysis committee of the Economic Analysis Forum for Trade and Services, with the assistance of the consultancy Economic Trends, produced a data map.

The survey indicates that a third of employment in the sector (31.1 percent), in all its forms, is in the most critical scenario. There are 339,510 workers who work in the activities paralyzed totally or almost completely by the quarantine.

In total, in all these items, the jobs impacted are 232,546. Both sets make up the third of the employment with the greatest threat cited at the beginning.

Outside of the aforementioned segments, the Forum study together with Economic Trends demarcates a third group of “high negative potential impact”, although of lesser magnitude than the previous ones.

There it includes those who work in the sale of fuels (7,220 people) and the transport sector (73,042 workers, 6.7% of the total), affected by less mobility, although excepted from isolation.

A fourth set is made up of the rest of the services, where there is a mosaic of activities (professional, educational services, etc.) that have, in general, a greater possibility of continuing to function, at least in part, through teleworking, although also with nuances.

The shops selling food and beverages (supermarkets, hypermarkets, etc.) are the fifth group. They can be affected by less economic activity, although to a lesser extent than durable goods stores. Some 86,118 people work there.

Finally, private human health maintains its activity, although it faces other difficulties.

In the province: Formal employees

The original text of this article was published on 03/27/2020 in our printed edition.

what difference is there and what do companies do / Argentina News

Algeria breaks with its tradition of military non-interventionism

new clashes between police and protesters hostile to restrictions in Spain

Manuel Tagle: “We must hold the actors in the economy accountable...

Spicy duel Espert – Feinmann: what the economist told him now

Tragic holiday in Pinamar: a car overturned and there is at...

Psychological test: the beach you choose will reveal the darkest secret...

this is the first Argentine winery launched by Zoom