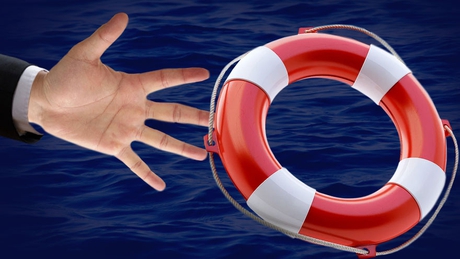 Attendance will not arrive in time to meet the salaries of small and medium-sized companies, which will be paid from next Wednesday

Amid the economic paralysis caused by the coronavirus pandemic, the Government announced that It would help SMEs with up to 25 employees to pay part of March salaries, because most had to close their doors due to quarantine.

But aid will not come in time to meet those wages, which are due next Wednesday. Y neither is it known exactly how much the State will contribute for each workerAlthough originally there was talk of $ 16,875, the equivalent of a living and moving minimum wage.

In the Ministry of Labor, where they elaborate minute by minute the regulation of this aid for small entrepreneurs, they admitted that the regulations “will not be ready before the end of next week”.

And they recognized that “also, once the regulations are ready, employers must complete a series of procedures that will take them at least 15 days”, so It is ruled out that this mechanism may bring relief when it comes to paying salaries this month.

It is that the Government arranged for aid for this group of SMEs (only those with up to 25 employees in charge) to come through the REPRO (Productive Recovery Program), a tool that has existed for several years.

The truth is that in order to access this aid, companies previously had to demonstrate that they were in such a delicate economic situation that it was impossible for them to pay their salaries themselves. And they had to present a series of documents that demonstrated that critical situation.

“Now we want REPRO to be forward, because we know that the crisis is beginning, that is why we are working on every detail of the regulations to speed up the procedures, “they said in the labor portfolio, where they stressed that they work” against the clock. “But the truth is that, even with this streamlining, the Aid will not come in time to pay March wages.

Furthermore, it is not yet clear whether the Government will take over the payment of a part of the wages of the workers of these SMEs during the days of March of the quarantine. The Ministry of Labor does not rule out that, between the regulations being regulated and put into effect, the aid ends up being only for the month of April, that is discounted will be like the last days of this month in terms of economic unemployment.

From the private sector, they assure that the situation “is dramatic”, and note that “the reopening of the bank clearing was somewhat lethal for SMEs”. This was stated by Pedro Cascales, spokesman for the Argentine Chamber of Medium-sized Enterprises (CAME), who maintained that paying salaries next week “will be very complicated for small and medium-sized companies.”

It happens that most companies recorded a drop of 70% of their turnover in March, according to a survey by CAME itself. Especially the shops, which in the second fortnight of the month were completely closed, except for supermarkets and pharmacies.

What are the alternatives for an SME entrepreneur to raise money to pay their employees if their income fell by 70%?

The Central Bank reported that there are new incentives for banks to lend money to companies so that they can pay salaries.

These are loans for working capital (where wages are paid) that banks can offer at rates of up to 24% per year. It happens that with closed branches, all procedures must be online, and in many cases this is complicated for both banks and companies.

There are a few other ideas hanging around: that the ART take over the last 10 days of March and the payments for those days are at your expense, or that ANSES is the body that meets the payment of those days in which the companies were paralyzed by quarantine. But for now, they are only proposals.

Specifically, each company has to start putting together weight on weight to be able to pay salaries next week.

Alaskan: a five-year gestation to give birth in Santa Isabel

“There are no third parties, nor do I have an interest...

The Rolling Stones warn Trump with a lawsuit if he uses...

From the thesis to the business: the wholesale e-commerce that plans...

Inflation in 2021, in the context of a chronic rise