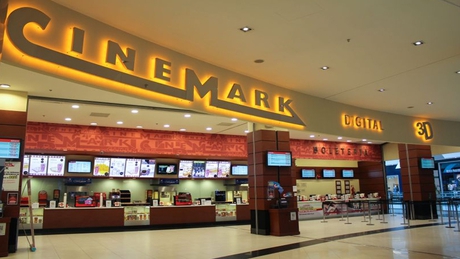 The chain notified the workers by phone and informed them of the “recommendation.” The firm reported global revenue of $ 3.3 billion in 2019

The effects of the pandemic are also being felt, in a negative and even bizarre way, in the movements or decisions of certain companies.

In this sense, and according to a complaint motorized by the Single Union of Workers of the Public Show (SUTEP), the Cinemark Hoyts cinema chain activated a bilge plan in Argentina that includes the dismissal of, at least 60 permanent plant workers distributed among the different complexes of the company locally.

From the guild it was indicated that the telegrams began to arrive mostly during the last week. And that the firm argued that its decision responds to lack of cash for the interrupted sale of tickets and groceries. Specifically, indicated union sources, the directive maintained that the chain “I was living daily“

“Several of the employees were notified by phone and explaining the economic complications and how the problem was deepened with the health situation due to the coronavirus pandemic,” he told iProfessional Matías Sánchez, SUTEP reference.

A particularity of the dismissal is that, in addition to reporting the interruption of the employment relationship, Cinemark Hoyts urged the unemployed to send their respective resumes to the DIA supermarket chain.

“The same chain offered the fired a contact in DIA. He assured them that the supermarkets are taking workers temporarily although for 90 percent of the remuneration, “Sánchez told this newspaper.

The interviewee also commented that the cinema chain also began to apply undercover layoffs by not renewing fixed-term contracts.

SUTEP has just presented the case to the National Ministry of Labor. A few days ago, the same union filed an appeal with the Ministry of Labor in the province of Santa Fe for dismissals and suspensions applied by the same company in that district. Then, a compulsory conciliation was issued that Cinemark Hoyts must still abide by.

Cinemark Hoyts head in Argentina, Martín Álvarez Morales, explained a few days ago that cinemas are among the items hardest hit by the pandemic and the sanitary measures applied to contain them.

“It is an unprecedented situation. Regarding our case, the losses are all. They are difficult to calculate because there is no income of any kind,” said the executive, who is also the head of the Argentine Chamber of Multiscreen Displays (CAEM).

“We accompany the measures, they are logical and understandable, but they also have a devastating impact on the industry,” he added.

In Argentina, Cinemark Hoyts has 190 screens, presence in Buenos Aires, the Buenos Aires territory, Córdoba, Rosario, Santa Fe, Salta and Neuquén, and employs more than 800 people. The decision of the cut collides head-on with the words of Álvarez Morales himself who, less than a week ago, stated that “the main thing is to preserve the sources of work.”

“Some companies have already started contacts with the government to find solutions for the workforce. We also have to face the payment of rents and public services,” the CEO concluded in recent statements. At the end of December 2019, Cinemark Hoyts reported global revenue of $ 3.3 billion.