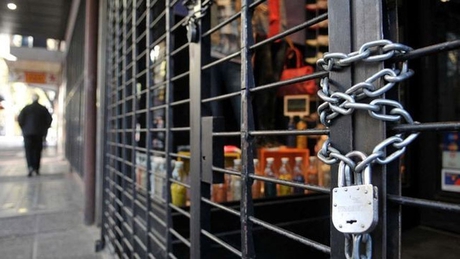 The suspension of productive and commercial activities that implies general quarantine caused by coronavirus puts many companies under unexpected pressure. Furthermore, at times when the government is expected to announce – in a few hours – that the state of “compulsory social isolation” will last longer than initially anticipated.

In this problematic context, the Argentine Chamber of Commerce and Services (CAC) demanded this Thursday the implementation of “extraordinary measures that prevent the destruction of jobs”, and warned that “a company that does not work, in 30 days goes bankrupt”.

This was expressed by the secretary of the business entity, Natalio Grinman, who highlighted the work of the Government against the coronavirus pandemic.

“The government is acting excellently. Argentina is the country in Latin America and perhaps the continent that has made the most progress in this regard, anticipating the problem,” said the director.

In radio statements, Grinman also stated that “there is an urgent need to address the situation of companies, which have been hit hard by the measures to contain the virus, in a context of economic difficulties that have existed for years.”

For example, he commented that although there are commercial activities that are enabled to operate, such as supermarkets and pharmacies, a majority fraction of the commercial activity is inactive, in compliance with the current restrictions.

The CAC secretary said that the activity of Commerce and Services, which is paralyzed, employs almost 3 million registered employees: “in six days these employees have to collect wages,” he said.

For this reason, he called for the implementation of “extraordinary measures to prevent the destruction of jobs. A company that does not work, in 30 days goes bankrupt.”

In addition, he considered it convenient to launch zero-rate loans for companies, in order to avoid cutting the payment chain and take care of employment.

For this, he argued that a greater monetary issue could be resorted to and that perhaps this would make “the project of lowering inflation have to be postponed for a time.”

“Argentinian businessmen are unfortunately used to working with high inflation, but we cannot work with closed businesses“he emphasized.

And he concluded: “if the private sector begins to merge, there will be nowhere to get resources.”

Fear of the “domino effect”

For his part, SME entrepreneurs who are part of the Chamber of Wholesale and Industrial Merchants of Argentina (Cadmira), called on the Government to “take us into account” against the “domino effect” that the economy would suffer, as a consequence of the coronavirus pandemic.

In an “Open Letter” to President Alberto Fernández, the entity that groups wholesalers, industrialists and merchants admitted not knowing “how to continue”, because “we are always the generators of the country’s economic dynamics and in the face of all kinds of crisis or unexpected situation , we do not have reinsurance to face it, depending only on ourselves when the rest depends on us “.

“It is logical that the effort has to go, at first, towards the unprotected sectors, but How to cope with what is being seen cascading?Cadmira warned.

For the business entity, “we are undoubtedly facing the domino effect, where the first chips have already begun to fall, without knowing whether the Government will be able to stop them before the damage is irreversible.”

Where are the ones who have to find the balance so that this is not a catastrophe? As SMEs, we want to survive; we are small businessmen who are out of business … will they take us into account?Cadmira asked.

this is the situation in El Palomar

Southern California in flames in pictures

Soccer in the blood: the unknown history of the family heritage...

Over 1,000 people arrested in Belarus in protests against Lukashenko

Money, food and pensions, focus of the fight against the coronavirus...

The Government stopped the importation of tricycles from China

The sale of used in Córdoba fell: the ranking of the...