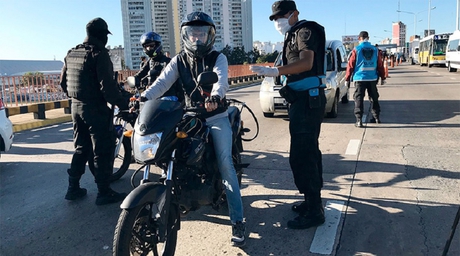 The advance of the coronavirus forced the National Government to take a series of measures to contain this pandemic and prevent the health system from collapsing in the event of a possible spike in infections in the country.

For this reason, the administration headed by Alberto Fernández issued a mandatory quarantine in order for the disease to spread more quickly, as happened in other countries, such as Italy.

In this regard, according to data from a survey carried out this week that investigates the subject, most of the people consulted considered that the State reacted in time to the disease, and both studies coincide in the people’s concern about the scope that it will have. the health system when giving answers.

This is a work of the consulting firm Clivajes, which he agreed to iProfessional, which surveyed the opinions of 993 people nationwide online, between March 20 and 22.

When asked what role the State should have in health matters, 91% believe that it must intervene and fully execute the health system.
According to the consultant’s study, 61% believe that the country “is not ready” to face the pandemic, 25% consider that it is, and 13% have no answer to the question.

Days ago, the Government announced that the construction of two hospitals in La Matanza will be completed and it will start the construction of eight other emergency hospitals: they will be in the provinces of Buenos Aires, Chaco, Córdoba and Santa Fe, in order to provide response to the demand for primary care and patients for coronavirus.

In relation to the measures promoted by the Executive to contain the advance of the pandemic, the one that has the greatest popularity among the almost thousand consulted is the decision to decree mandatory isolation until March 31, which could extend until after Easter. .

Almost 84% consider it the most effective provision, followed by 12% who considered border closure as such.

In the work, it can be seen that the vast majority of the respondents agree on the importance of the isolation measure, which is a strong and difficult measure, so there is widespread social rejection among those who do not comply.

Line 134, in which the Ministry of Security receives complaints of possible quarantine violations, has already answered more than 11,000 calls for this reason.