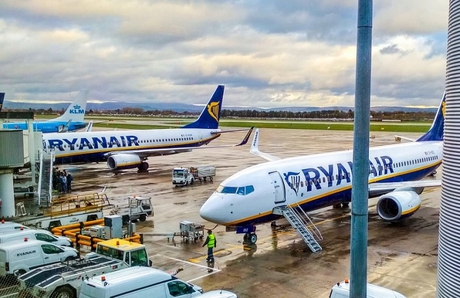 The suspension of flights around the world forced the planes to stay on the ground, which is creating a serious inconvenience for that business.

Reality – like so many others – was unthinkable until a few weeks ago, when the expansion of the coronavirus around the world broke out. From the eminently business side, one of the most unexpected and striking facts relates to the aeronautical world.

The suspension of flights around the world forced the planes to stay on the ground. What is creating a real drawback for that business, which goes beyond the sale of tickets to passengers: simply because there is not enough place to park the aircraft.

The French economic magazine Challenges revealed that no less than 80% of the world’s planes are on the ground. Many of them looking for parking to stay because there are not enough hangars to shelter them.

It is clear: who was going to allocate funds to build hangars if they were not necessary, until the pandemic arrived?

According to the specialized site Cirium, there are already 7,000 inactive aircraft in the world.

To get an idea of ​​the business slump, according to Cirium, since Donald Trump suspended flights to Europe, there have already been 24,500 transatlantic flights scheduled between the United States and Europe that have been canceled. That is a capacity of about 5.5 million passengers.

Due to these cancellations, Cirium estimates, the aeronautical companies would lose some US $ 5.5 billion.

In this context, the industry will not delay in demanding a powerful bailout from governments.

The International Air Transport Association (IATA) has already estimated that aeronautical companies will have a loss of US $ 250,000 million due to the coronavirus.

“We must support the airlines. It is not their fault,” President Donald Trump said at the White House, without announcing concrete measures.

The crisis obviously includes Boeing, one of the leading manufacturers in the sector, whose stock accumulates a 70% devaluation on Wall Street. In Boeing’s case, the aid claim climbs to a whopping $ 60 billion.

Rynair, one of the largest companies in Europe, has already warned that the business would only start to recover in May, as long as the virus’s expansion has entered a control phase.