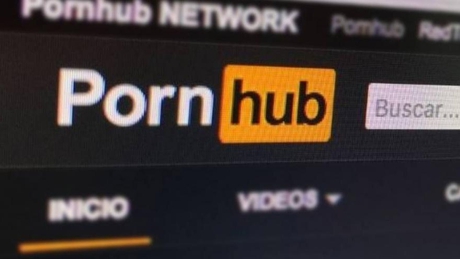 The portal, whose headquarters is located in Canada, announced that from this Tuesday until April 23 its contents will be available to everyone for free.

The pornographic content page pointed out that its intention is that people enjoy their videos from the comfort of their homes and thus help to flatten the contagion curve.

The decision had already been made in countries like Italy and France, where the pandemic and quarantines were felt before.

The National Communications Authority (Enacom) announced this week that, “in the face of the emergency situation due to the Covid-19 pandemic, agreed with Netflix to decrease the definition of its content to guarantee connectivity for all citizens in Argentina “.

This was reported in a statement signed by its owner, Claudio Ambrosini, which stated that the agency contacted Paula Pinha, director of Public Affairs for Netflix in Latin America, “to reduce traffic while maintaining the quality of experience for members. “

In this regard, he explained that Netflix, “after evaluating the situation, decided to start reducing bitrates on all broadcasts in the country, which would reduce the total amount of bandwidth used by 25 without compromising resolution.”

As reported by representatives of Netflix, in practice this decision will not harm the experience of each user.

“To put it simply, the action we have taken maintains the video resolution. So, whether you have contracted ultra-high resolution (UHD), high definition (HD) or standard definition (SD) services, that’s what you should continue to have, “they explained from the streaming giant.

What Netflix agreed with Enacom lowers the width of the transmissions but always within the minimum parameters for each of the three services it offers and only those viewers who have “a particular visual sensitivity” can notice the change.

ENACOM specified, in the same sense, that “the commitment is to maintain this condition for 30 days, reevaluating after that period of time. In terms of video quality, the resolution is maintained. Those who have an Ultra HD, HD plan or SD will continue to access that resolution. “

This measure at the local level is in tune with a decision of the same nature that the company reconciled with the European Union last Saturday.

In the statement, Enacom insisted with its request “to all streaming and similar platforms” to “replicate Netflix’s effort, in order to guarantee navigability and thus avoid the collapse of mobile and fixed networks.”

Whatsapp of City and emergency line 107

Thailand′s king can be expelled if he rules from Germany: parliament...

Latin America is about to experience the worst moment of the...

The paradox of a remedy that can be more disease

Eikon Awards: the winners of the 2020 edition in Córdoba

In Norway, the companion of a populist ex-minister on the dock

CACEROLAZOS throughout the country in rejection of the house arrest of...