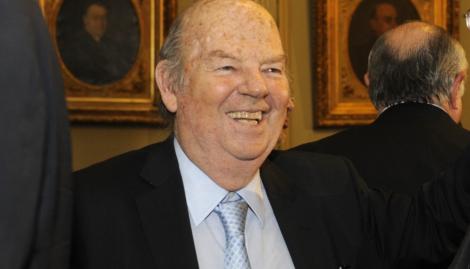 This Wednesday the director of The nation, Bartolomé Miter. He was great-grandson of the former president of the Nation between 1862 and 1868 and founder of that newspaper. Miter maintained the motto of his ancestor, to make of that means a tribune of doctrine.

Miter was born on April 2, 1940, was the son of María del Rosario Noailles and Bartolomé Miter. He was married to Nequi Galotti, his last wife, and had five children: Dolores, Rosario, Bartolomé, Esmeralda and Santos.

When he joined the newspaper in 1966 he was already a lawyer and had just married for the first time. Ten years later he became chairman of the board.

He was assigned to the administration, sales manager, deputy administrator and administrator of the newspaper, until in August 1982, he was appointed head of the journalistic direction, a place that his father had vacated, he listed The nation.

In an interview with Jorge Fontevecchia for his book Journalism and truth, he defined the morning as “A liberal newspaper that is closer to the right. But I have always resisted defining it as right wing ”. Miter was interested in maintaining the historical personality of the publication without losing sight of technological progress.

Dad accompanied you with love in silence and total dedication. Thank you for being and still being the person who gave me the most love in the world, tears fall as I write this #Strength pic.twitter.com/Crq66iYVAj

At the head of the newspaper founded in 1870, he tried to diversify the company: he was a pioneer in satellite technology and tendered for a television channel (they rejected his award for Channel 2 of La Plata) and bought Radio del Plata in the 1980s.

News in development that is being updated.