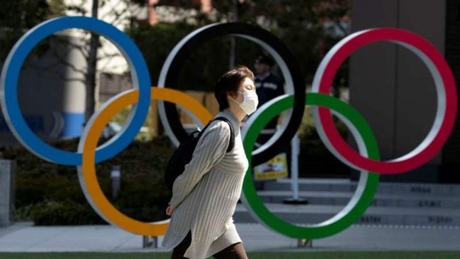 In the next four weeks the date on which the next Games will be held would be resolved, although it is estimated that it will be in 2021

The Tokyo Olympics will be postponed until 2021, said historic member of the International Olympic Committee (IOC), Dick Pound, on Monday.

“On the basis of the information the IOC has, the postponement was decided”he told USA Today. Then expand: “These Games will not start on July 24, I know that.”

According to him, in the next four weeks the date on which these Olympic Games will be held will be resolved, but it is estimated that it will be in 2021.

The Japan’s Prime Minister Shinzo Abe had assumed this Monday morning that the postponement of the Tokyo Olympics, scheduled for July to August this year, “could become inevitable” due to the coronavirus pandemic.

The political leader admitted that possibility before his country’s Parliament, a day after the International Olympic Committee set a deadline of four weeks to decide the future of the competition and admitted, for the first time, that the suspension is a probable scenario.

In tune with that body, The Japanese Prime Minister ruled out the definitive cancellation of Tokyo 2020, which currently maintains its official schedule from July 24 to August 9.

The coronavirus pandemic, according to official figures, has claimed more than 15,000 lives over 360,000 infected people in 194 countries.

this is how their smartphones will return to Argentina / Argentina...

Espert, very hard against Alberto for the “cave quarantine” / Argentina...

This investment offers a 30% profit and is not a dollar...

The triumph of Lionel Messi’s Barcelona in the Champions League, on...

The possible DNU to declare health resources “of public interest”, on...

Burger King announced the closure of two more stores and there...

the official internal grows due to the mobility formula / Argentina...