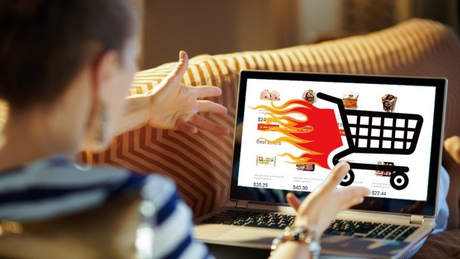 The chains’ home delivery services have collapsed due to the increase in demand, as well as that of apps, with delays of a week

Since Friday, some cities in Argentina seem the scene of a Hollywood-style dystopian future: almost absolute silence, deserted streets and authorities patrolling.

The total quarantine decreed by President Alberto Fernández only allows the circulation of those employees who dedicate themselves to the “essential” items (food, fuel and health, among others) and citizens who leave their homes for medical reasons or to buy food. .

Faced with crowded supermarkets, many people have chosen to place their orders online, both with the chains’ own systems and with delivery apps, to avoid leaving their homes.

But without too much luck: supermarkets are delayed up to two weeks, while the applications offer up to seven days of delay.

Last week, supermarket web pages collapsed. From one of the big chains, an executive is sincere to iProUP: “We thought that the demand was going to rise 10% or 20%. But what we saw were higher increases than Cybermonday or the Hot Sale, crazy. The systems were unable to cope and we had to race against the clock to add capacity on the servers” .

“The problem is not only the shipment, but it is a matter of ‘hands’, that is, of those who put together the orders,” remarked from Coto, the chain that offers the least delay in its shipments: five days and costs up to 129 pesos .

The online phenomenon leads to another trend: since there are no physical limits to add products to the cart (since it is virtual), the ticket tends to be higher in all firms, making it even more difficult for fast delivery, since it must have more trucks.

Walmart discounted home delivery on online purchases. To deal with bottlenecks, he doubled his quota per time slot.

In addition, it has been encouraging its “pickup” withdrawal method: people do not get out of the car and have more means of payment, including Mercado Pago, beyond their delivery app. In this case, delays reach nine days.

Jumbo offers something similar: although they are “crossed out” every day for home delivery, it is possible to pick up the orders in the store in five days, where the employees upload the orders directly to the trunk of the car. Carrefour, meanwhile, offers a term of 13 days.

Delivery platforms, which are at the center of the debate after the government presented a proposal to launder distributors, seem to be the perfect solution for purchasing items.

In this case, 59 pesos what to pay for the Shipping, add $100 for the cost of service. Although Orders have already decided to discount the first item.

“We observed a change in trend in the users who use the app for purchases in the supermarket. Compared to the previous weeks, we noticed that they prefer to do them with more products per order,” he says. iProUP Matías Casoy, country manager of the company.

The executive also ensures that there is a strong growth in the requirements for personal hygiene and cleaning products. Sales soared 50% compared to the usual average. Among those with the highest demand, the thermometer stands out, with an intersemanual growth of 20%, and toilet paper (100%).

However, they are also prey to delays. iProUP tried to make a purchase in Carrefour by Rappi, but the delay is one week. That is, the half that this supermarket proposes.

Due to the increase in online marketing of supermarket products, both Rappi and Glovo advanced not only in agreements with the main chains but also in other measures to keep up with the increased demand.

“We have cars and pickup trucks. The great differential is that, in addition to having the same products Y promos, the band is one hour and not four to five, “explained Casoy, from Rappi, who offers this service with Coto.

In this case, logistics meets another challenge: getting the best products. “We have personal shoppers, employees hired by Rappi and identified with an orange apron and cap, which we train weekly, “says Casoy.

According to the manager, they are in charge of “checking with the client if the avocados are ready to eat now or in 20 days, if there is stock of the required deodorant, etc.” Once the purchase is completed, it is delivered to a delivery man, who will complete the last mile with his car or truck.

Meanwhile, Glovo is working on its fulfillment (as it is known in the jargon to the integration of warehouse and deliveries that “popularized” in Argentina Mercado Libre with its automated deposit). “The goal is to have a 24/7 solution for stock maintenance and order preparation with delivery in less than 25 minutes,” they point out.

In addition, the companies activated protocols to avoid the transmission of the disease between distributors and consumers. “We promote a strong prevention campaign, in which we share key self-care and hygiene measures to avoid infections. We are promoting the option of payment through digital means and in the coming days we will enable a contactless home delivery method,” he remarks. Casoy.

“This option will allow that when a person places an order and activates it, the delivery man you should leave it in the door, take a distance of two meters and wait for the user to come out to receive the merchandise, “he completes.

Glovo report that together with the possibility of requesting in the chat that the delivery be made without contact, it is promoting initiatives and recommendations based on information provided by the Ministry of Health. “As an internal policy, Glovo employees work from their homes to avoid circulation,” they conclude.

“There is a consensus among the actors that participate in the activity of tourism, hotels and gastronomy that the salary payroll this month should be covered with some type of credit. Hence the meetings that we are promoting in general,” says Camilo Suárez. , president of the Buenos Aires Chamber of Tourism, to chart the strong impact of the pandemic on the sector.

Indeed, as confirmed by Suárez to iProUP, the low of the sales of the restaurants reaches 80%, while in hotels it is close to 100%.

In the case of restaurant chains, which have wider backs to navigate the coronavirus crisis, the decision is not gray: the blinds will be lowered, despite the fact that the decree of necessity and urgency exempts locals as long as they only deliver. at home.

“The store is closed for disinfection and we will not open until further notice. Nor for delivery,” warn iProUP from one of the Kentucky pizza places, which has numerous branches in Capital Federal and Conurbano.

In the same vein, the owner of a Palermo-based hamburger network locked the doors of its branches the same Thursday, before the official decision. “I closed everything, I disinfected and I made Inventory. I will open when everything happens, which I calculate will be in may“, trust iProUP.

However, the situation of the smaller restaurants, which have, at most, two or three stores, is very different. “We do not accept diners, but we do take away (withdrawal by counter) and delivery apps, which represents us the 35% of business“, they trust from a hamburger joint with three stores to the street.

As iProUP learned, the applications are 100% available. “We will work as always. It will depend on the businesses that want to sell and the delivery people that want to circulate,” they indicate from one of the companies.

Beyond the measure ordered by the Government, from the sector they argue: “Our cyclists transport food, pharmacy items, and household cleaning and personal hygiene products. There should be no problems, they are all basic necessities.”

Although the decree of necessity and urgency signed by President Alberto Fernández makes no mention of platform personnel, it does exempt among the prohibited activities the “home delivery of food, medicines, hygiene products, cleaning products and other basic necessities. ”

In keeping with the measure, the applications analyze to limit the number of items they carry in their backpacks. It is taken for granted that the option to transport “whatever is” will be disabled or the delivery man will decide whether or not you place the order.

What has already been restricted is buying from some stores, such as toys or bazaar, which already appear as “closed” on the platform during the “normal” business hours of these shops.

From AplicacionesYa, they report that they are “in constant communication with our partners, restaurants, supermarkets, pharmacies and shops in general, as well as with the distributors, to ensure compliance with the best hygiene and safety practices.”

In this sense, the applications activated a protocol to reduce direct contact between the restaurant manager and the delivery man, and between the latter and the final consumer.

The Agnelli’s “playboy” steps back on the accelerator of excess /...

the main witness to the murder of journalist Daphne Caruana Galizia...

Coppola and Maradona’s inheritance: “He left an important fortune” / Argentina...

The Ombudsman for Children assured that the raped and pregnant girl...

importers denounce obstacles and delays in the procedures

Coronavirus Vaccine and “Discharge” Patients: How We Give the Good News

Salaries, with the defenses getting lower and lower