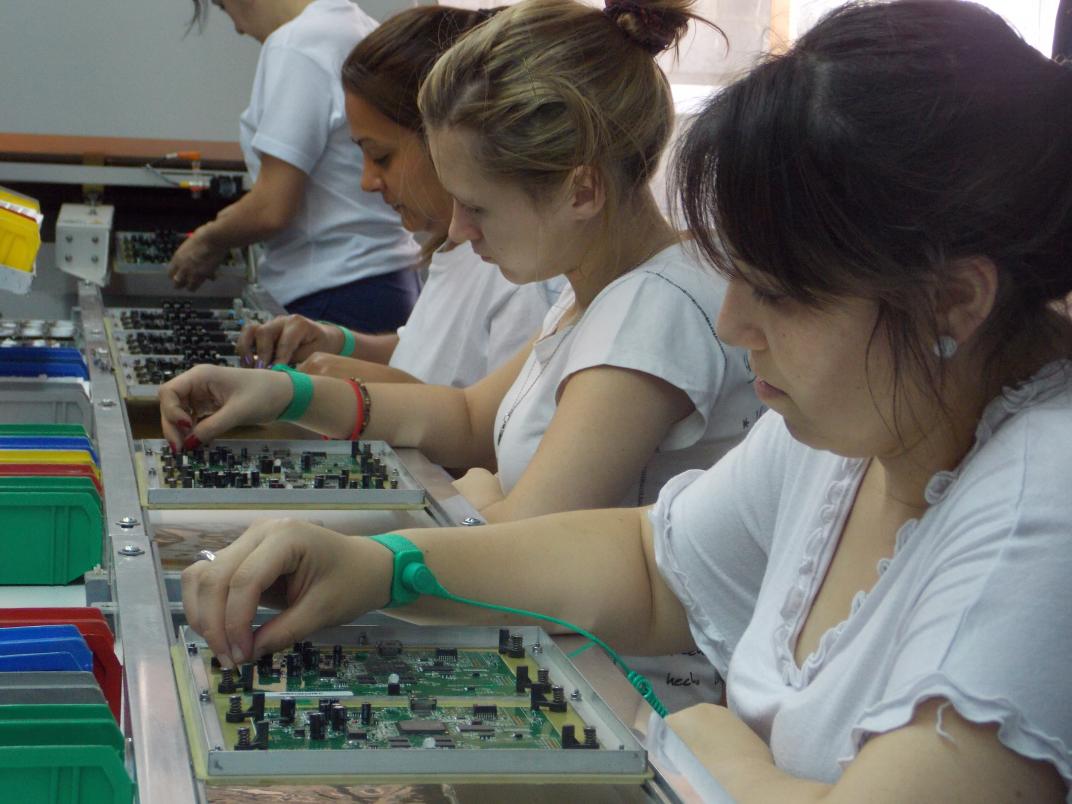 The arrival of the coronavirus in Argentina brought the electronics of Córdoba out of the lethargy it was in due to the recession. Although there are few companies that produce health equipment, a chain of suppliers was mobilized behind them to assist them in the face of the explosion in demand.

This week the jump in the production of artificial respirators was known. The only manufacturers in the country are firms from Córdoba, Tecme and Leistung, which together produce 1,200 pieces of equipment annually. The first had to increase its production 300 percent and the second, multiply it by three.

The same happened with Feas Electrónica, manufacturer of monitors for intensive therapy, defibrillators and monitoring centers.

“Five years ago we were producing technology for five million dollars. Last year, with a team of almost 50 people, we manufactured for 1.2 million dollars. Now the demand is for all the annual production, but concentrated in a couple of weeks, “explains its general manager, Jorge Feas.

The problem is that the national industry is very small and, these days, everyone is overexerted. In monitors, Feas Electrónica has only one competitor who is in Buenos Aires, Cardio Técnica, and the same happens in defibrillators, with E&M.

This increase in production, in turn, activated the entire chain of local suppliers.

This is the case of the SMT Technology Center, the plate mounting unit of the Chamber of Computer, Electronics and Components Industries of the Center of Argentina (Ciiecca). To attend Leistung and Feas, it works at 80 percent of its installed capacity.

“Next week we have to deliver 260 plates for monitors and another 200 for respirators. People, who should be at home taking care of themselves, work from 8 to 17, and sometimes doing overtime, because the priority is medical teams, “says Pablo Bozzano, executive director of Ciiecca.

Another is the case of Cordovan Linetec, which does not manufacture parts for this market, but made two of its employees available to help Leistung. “We are available to these companies to collaborate; the entire team is attentive to what the industry requires, ”says its general manager, Silvana Gómez.

Likewise, the movement at Tecme spread to the entire chain of local suppliers.

One is Servelec, which develops coils for respirators, and which in turn is supplied by other SMEs such as the Winder Center (various supplies), Embalacor (boxes and tapes for packaging), Imsa (tinned wires for windings) and Ceball Retainers , among others. Another is SIE, responsible for the manufacture of hoses. “The production of the companies that make up this chain is key to help cope with the situation in which the country and the world find themselves,” warns Ricardo Ruival, president of Ciiecca.

Parts and supplies are missing in the world

According to Jorge Feas, the high demand for medical devices and the increase in production began to cause a lack of components and supplies. “It is a worldwide problem. Today there is a lack of parts, such as sensors, plates, turbines or solenoid valves ”, he warns.

The original text of this article was published on 03/21/2020 in our printed edition.