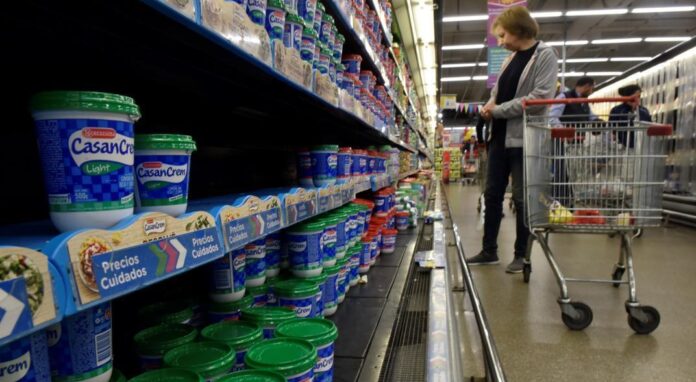 Supermarkets and hypermarkets throughout the country will implement, from Sunday March 22, a change in business hours: they will open from 7 a.m. to 8 p.m.

The agreement was signed by the Federation of Commerce and Services Employees (Faecys) and the United Supermarkets Association (ASU), for the duration of the isolation decreed by President Alberto Fernandez until March 31, to prevent the spread of the coronavirus.

The schedule change occurs “in the framework of the health emergency and in order to articulate the fluid provision of basic necessities to the population and the protection of merchant workers”, and will be implemented in hypermarkets, supermarkets, proximity formats, self-service, and others.

According to a statement released, the agreement implies that the attention in supermarkets throughout the national territory will be from 7 to 20, from Monday to Sunday, including holidays, while the exceptional situation provided by the DNU continues.

They also clarify that the agreement may be revised based on new provisions.

which companies want to win in 2021 / Argentina News

Quarantine administered until May 24, on the covers of Argentine newspapers

Three sisters from La Pampa had their children quarantined the same...

Salvadoran Government extends a month of state of emergency due to...

Due to inflation, businessmen ask for the Nestor Kirchner plan /...

How to CALCULATE vacation days according to the law