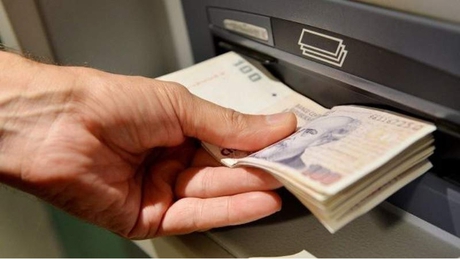 The coronavirus crisis and the need to impose a brake on the circulation of people, led the government to implement the drastic measure of “compulsory social isolation”.

Perhaps one of the situations that will most affect citizens is the decision that banks will not open their doors for the next week. Monday and Tuesday, because they are holidays. Meanwhile, Wednesday, Thursday and Friday will be closed by order of the Central Bank, as part of the adherence to total isolation provided by the Casa Rosada.

In this way, the “bank quarantine” will be extended until Friday, March 27 inclusive. Given this situation, only on Monday the 30th the branches will return to service.

Will there be money? Yes, because ATMs, which will be recharged periodically, and home banking systems will work..

Most bank branches were already operating with fewer staff, which slowed down the rate of customer service.

On the other hand, the exchange and financial markets are expected to work between Wednesday and Friday, although official confirmation remains.

Banking entities raised this week the daily cash withdrawal limit that their customers can have at ATMs, in some cases up to $ 30,000, to avoid crowding in branches due to the coronavirus pandemic (Covid-19).

In order to enable the new limits, customers must previously enter their home banking account and increase the maximum amount of money that is enabled to withdraw from the ATMs in the account settings.

The most recent to raise the amounts was Banco Provincia de Buenos Aires, which today reported a new limit of $ 20,000.

The Buenos Aires entity, through a statement, said that this measure seeks to “protect our clients, reducing the presence in branches of the bank.”

In turn, he recalled the validity of the Extra Cash service, whereby when making an online purchase at the cashier of the participating stores, a daily withdrawal of up to $ 8,000 can be requested, which is automatically debited at no additional cost.

Days ago similar measures began to be applied in different banks such as Galicia, Patagonia, the Nation, the City and the Credicoop, among others.

In the case of Credicoop, all cash deposits and withdrawals of less than $ 30,000 must be made “without exception” at ATMs and self-service terminals, in addition to having the withdrawal of up to 8 thousand pesos enabled in businesses affiliated to the “More Cash” service Cabal “, including PagoCoop and Rapipago.

Also $ 30,000 is the amount applied by Banco Nación, in order to include most of the retirements paid by the bank and, thus, avoid that the elderly have to queue to withdraw all of their assets.

For its part, Galicia enabled from Monday a withdrawal limit for ATMs to $ 17,000 for non-customers and $ 25,000 for customers in Banelco, while the City also set a maximum of up to $ 25,000 for Link network customers.