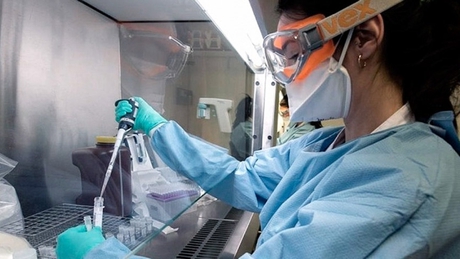 The government of the province of Tierra del Fuego officially confirmed the existence of the first two cases of coronavirus in the district, corresponding to a woman who had traveled to France and her teenage son.

As reported by the province’s Ministry of Health and the Emergency Operational Committee, the confirmation was produced with the result of samples from both cases that had been sent to the Malbrán Institute in Buenos Aires.

The woman infected with Conavid-19 had traveled to France and returned to the city of Ushuaia on March 6, at that time entering quarantine.

By maintaining contact with the mother during this period, her son would also have been infected with the virus, so both were treated shortly afterwards at the city’s Regional Hospital with symptoms of “respiratory symptoms.”

“The woman was traveling in France for a month with her mother, who returned to stay in Buenos Aires. It should be noted that the woman who traveled to France, upon return (to the province), was only in contact with her son in his home, “the Fuegian government detailed in an official part.

Both patients “were evaluated and notified for study and follow-up, and the protocol for the disease was activated on them,” the sources said.

Mother and son are currently undergoing “home isolation”, were “evaluated daily by medical professionals” and “evolved favorably and are currently asymptomatic,” added the health authorities.

In addition, the provincial government specified that four other samples of suspected cases were sent to Buenos Aires without the results being available so far.

“The province is still waiting for the results of the studies sent to the Malbrán Institute in Buenos Aires,” Fuegian health officials said.

The White House bans travel to the US from Brazil

Bitcoin, Ethereum, dollar, price: how to earn with cryptocurrency / Argentina...

The CREDIT for wages of SMEs continues to dropper

Guti’s daughter throws another party in defiance of security measures /...

What do you mean when you say “they were times of...

“They are days similar to those of Rodrigazo”