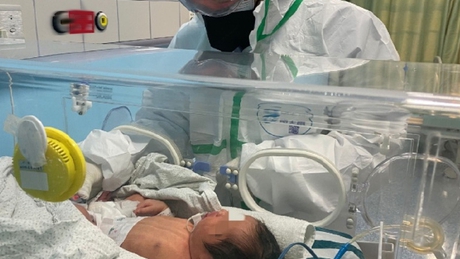 The case occurred in the United Kingdom. Doctors try to determine if the baby was infected during delivery or if she contracted the virus in the womb

A newborn baby tested positive for coronavirus in a London hospital and This is the youngest infected person in the world.

The girl’s mother tested positive for covid-19 after delivery and had been admitted to a hospital in the north of the British capital a few days before giving birth with pneumonia.

On Friday night, she and her baby were being treated in separate hospitals, according to the British press. The mother was examined at North Middlesex Hospital, but her positive result was only known after birth, and the baby was then screened immediately.

Now the doctors They are trying to determine if the baby was infected during delivery or if it contracted the virus in the womb, a fact that could provide key scientific revelations for possible treatments and prevention.

Britain is considering launching a plan to ban mass gatherings starting next week due to the pandemic, the BBC reported, citing a government source. In addition, he works on a plan to ease the pressure on the emergency services. Dozens of major sporting and cultural events have already been canceled across the country in response to the crisis.

The number of confirmed cases of coronavirus in the United Kingdom it increased to 798, while the number of deceased rises to 11.

The coronavirus is paralyzing all kinds of activities around the world

Coronavirus: how many patients are there in Argentina

In Argentina, meanwhile, there were three other positive cases of COVID-19 and 34 are infected in the whole country.

Two of the new infections were detected in the City of Buenos Aires, which now totals 17 cases. One is a 29-year-old man who had traveled to Spain and Germany. The other patient is 64 years old and was not abroad; he suffered from diabetes, obesity and hypertension.

The third case was in the province of Buenos Aires, he is a 21-year-old man with a history of travel to the United States.

Because one of the new infections was not out of the country, There are already four patients who contracted the disease by local contact.

The health authorities of both jurisdictions are already carrying out the epidemiological investigation in order to detect how many people could have been in contact with the new cases in order to carry out the corresponding follow-up.

As reported by the Buenos Aires Ministry of Health, since January 26, 215 cases with acute respiratory infection and suspected emerging virus and 53 close contacts of confirmed cases were notified to the National Surveillance System.

“Of the total contacts, 2 were discarded by the laboratory after being in isolation, 2 were invalidated and 49 are currently under house isolation and follow-up. While of the total of suspected cases, 9 were confirmed, 57 were discarded, 16 were invalidated for not meeting the definition of a suspected case and 133 await laboratory results, “said the last part of the province of Buenos Aires.

For its part, in the capital 189 samples of “suspected cases” are under analysis at the Malbrán Institute. Another 229 people who had confirmed contacts will continue to be followed up but have not been analyzed at this time. 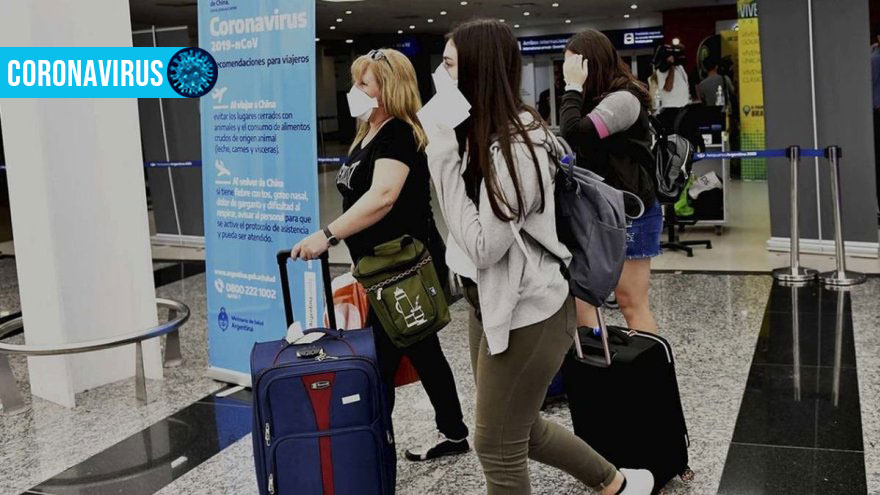 In Argentina there are 34 infected with coronavirus at the moment

Coronavirus: what are the symptoms

The coronavirus It was first detected in December 2019 in the central-eastern Chinese city of Wuhan, the capital of Hubei province and with some 11 million inhabitants.

Coronaviruses are a family of viruses discovered in the 1960s but of unknown origin. They cause different types of diseases and it is common to contract some throughout life, without further significance. The coronavirus it owes its name to its appearance, similar to a crown.

The symptoms described for the new coronavirus are similar to those of the common flu: fever and fatigue, accompanied by dry cough and, in many cases, dyspnea (difficulty breathing). So are the runny and runny nose, sore throat and headache, fever, as well as chills and malaise.

However, the coronavirus symptoms vary in each individual, that is, that there are infected people who hardly present symptoms. As with the flu, the most severe symptoms occur in older people and in immunosuppressed subjects and with chronic diseases such as diabetes, some types of cancer or lung conditions. It is also this group with the highest coronavirus mortality rates.

Coronaviruses are airborne viruses. They are transmitted in a limited way between humans, generally by the respiratory route through the drops produced by carriers when they cough, sneeze or speak. These secretions contain viral particles that can reach close people or settle on nearby objects and surfaces.

If someone touches these surfaces and then puts their hands to their own eyes, nose, or mouth, the pathogen finds a way to enter the body. Although it can also be transmitted by human contact or by contaminated objects or substances.

Coronavirus | The young man who returned from the United States...

The great malaise of Japanese democracy

Why Hezbollah Fears About Its Designation As A Terrorist Group In...

The five most popular dog breeds in Argentina: how to choose...

“Here you live in freedom and with responsibility”

Alberto Fernández will face a tough negotiation with the bondholders who...