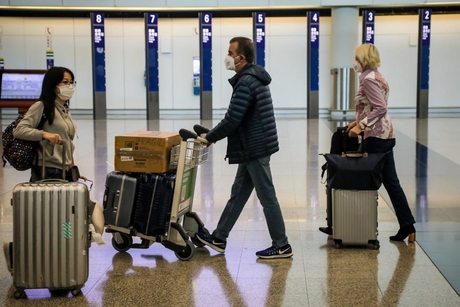 The national deputy Gustavo Menna (UCR-Chubut) presented a project to exempt from the PAIS tax the Argentines who will not be able to return to Argentina due to the suspension of flights ordered through a decree by the national government in the face of the coronavirus pandemic.

As Menna explained, “the impossibility of returning on the scheduled dates will have a high cost” and considered that “it is entirely fair that the State contributes by not charging 30% for purchases made with cards and cash withdrawals.”

This week, in the framework of a meeting that they held with the Minister of Tourism and Sports of the Nation, Matías Lammens, representatives of the Argentine Federation of Associations of Travel and Tourism Companies (Faevyt) asked the Executive Power to suspend 90 days from the application of that tax.

Now added to this request is this parliamentary initiative that proposes to exempt from the tax for an Inclusive and Solidarity Argentina (PAIS) “human persons residing in the Argentine Republic who are temporarily traveling in some of the countries listed in the Article 4 of Decree 260/2020 – and to those who may eventually be added to said payroll “.

According to the initiative, the exemption provided by the project “will be effective from March 12, 2020 and will persist until the temporary suspension of flights provided by article 9 of decree 260/2020 ceases,” he stated in the fundamentals. of the project.

“Elegance is not measured by hair length” / Spain News

From hairdressing to computer science: dozens of free courses to do...

Doctors without borders donated cell phones to people on the street...

Tomás Orduna, infectologist and government adviser: “I do not see the...

Lighting is said to be the cause of the fire in...

Georgia on the verge of political crisis after parliamentary elections

They identified an anticoagulant that could slow the entry of Covid-19...

In Afghanistan, the Taliban say they are “ready” to start peace...

Afip postpones until May 22 presentation of DDJJ of Earnings of...

BBVA and Telefónica create a company to offer loans / Argentina...