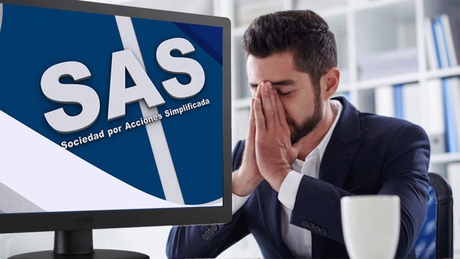 A resolution of the head of the General Inspectorate of Justice, Ricardo Nissen, again restricted the corporate purpose. Doubts and criticism from experts

A resolution of the holder of the General Inspection of JusticeRicardo Nissen returned to restrict the corporate purpose: for companies that are established from now on, must be unique.

“Related activities” are allowed to the object, but if the IGJ considers that the initial capital is insufficient, they may demand a higher one. The SAS, by statute, they have multiple object. Will the official succeed in preventing his constitution from now on?

Other question that keeps resonating is if companies can change their address to another province in the midst of this onslaught, and the answer is that depends on the moment of its constitution to find out how that procedure should be.

IGJ Resolution 5/2020, published this Wednesday in the Official Gazette deals with the social object that, from now on, it must be unique. In another order. resets the faculty of the body of assess adequacy between said object and the share capital.

“The norm repealed a resolution of 2016, reestablishing what was originally ruled by the head of the IGJ, Ricardo Nissen, in 2005, and later incorporated in the” IGJ Norms “of 2015, the scribe Adrián Comas reminds iProUP.

In addition, it indicates that the entity “reinterprets that the corporate purpose must be precise, determined, and also unique. It establishes that it must be exposed through the concrete and specific description of the activities that will contribute to its effective achievement. ”

He adds that the regulations only supports the inclusion of “other activities” only if they are “related, accessory, and / or complementary“of the previous ones.

Nissen expressly stated that constitutions with “multiple objects” will not be accepted. He also warned that “the set of activities“they must keep one”reasonable relationship with share capital“

The IGJ will demand a share capital “higher” than the minimum for public limited companies (which is currently $ 100,000, although it is expected that Nissen will raise it soon), and $ 33,750 for the SAS, since it is measured in modules of the living and mobile minimum wage, if you notice that due to the activities of the corporate purpose, it is “manifestly inadequate”.

Comas notes that the multiple object is set expressly in the model statute of the Simplified Stock Companies (SAS).

Therefore, the IGJ could, in the inscriptions in the Public Registry in its charge, of new constitutions of SA, SRL, or SAS, “observe” the corporate purpose for considering it multiple or the capital stock for considering it “manifestly inadequate”, points out Comas.

As it had already circulated in the corporate areas specialized in these issues, the IGJ under the direction of Nissen, “would return to dealing with issues of legality control they had been modified or mitigated in recent years, “says Comas, adding that the issue of the corporate purpose is a step in that direction.

The professional recalls that, years ago, “to avoid views of the IGJ” there were “instructions” for a Monitoring Committee for the Application of Uniform Criteria (Csacu), formed by the General Inspection of Justice and the Professional Colleges of notaries, lawyers, and counters. Things would get just as complicated again“

“By intervening in the act of constitution of a company, the IGJ reserves the possibility of requiring a capital higher than that agreed, depending on the object agreed by the partners, “says Juan Pablo Bove, from the Tavarone, Rovelli, Salim & Miani studio.

“While the spirit of the standard is understood, This requirement does not necessarily coincide with the reality of the companies. that they inject capital progressively against the real needs of the line of business, which is especially relevant in an inflationary context such as the current one, “adds Bove.

Likewise, he stresses that “there are various funding channels for companies that do not necessarily involve investors’ own capital.”

When asked if companies can narrow the object to count the request for more capital, Bove maintains that technically yes by means of a complementary act that modifies the corporate purpose.

However, it seems that with a single main corporate purpose, only related activities could be reduced and it will be necessary to determine in each case whether the demand for greater capital is given by them. That, in any case, is the case of a firm in the process of constitution. For companies already established, Bove indicates that Resolution 5/2020 would not apply, because the rule speaks of initial capital.

About SAS, the expert points out that the resolution does not differentiate between types of companies, for what remains reached by the single object, despite the fact that the model social contract comes with multiple purposes.

Regarding the possibility of move the address to a province At this time, the answer is that if a constitution process was initiated in the IGJ, it must be completed in that entity in the terms it requires. The only alternative would be to do it using a complementary instrument Y take it to another jurisdiction, such as Córdoba or Mendoza.

The lawyer Carlos Fiorani explains the concept of connectedness: if the main activity were the construction of buildings, design or architectural activities could be incorporated, or even financial services intended for the purchase of real estate.

“I don’t share Nissen’s criteria, Because I believe that ‘precise and determined‘-which is what the law requires for the object-, means that when reading the social object it is clear what society wants to do, and that can happen with one or several activities, “emphasizes Fiorani, but acknowledges that” it is within its powers to provide that this is going to be the lens of the IGJ “.

Regarding share capital, another Nissen criterion is that it must be appropriate to the tasks it intends to perform. “From a legal point of view, the discussion is on discretion which gives the IGJ to that concept and the lack of parameters on what does adequate mean in each case, “says Fiorani.

“From what economic and productive, this criterion does not understand that an enterprise in its origins can have an ambitious end and a start with scarce resources. What capital would be asked of Amazon, Google or Facebook at the beginning if the criteria were the activity they wanted to do? Would they have been born under these rules? “He wonders.

For SAS to come, the two positions represent obstacles. One, typical of SAS and practical, is that its model statute contemplates plurality of activities in the corporate purpose. An amendment to said statute should be expected and, until that happens, an impossibility of constituting a SAS, “says Fiorani.

“If there is no express rule that suspends the constitution of the SAS until the model statute is amended, and it is not issued in the next few days, I think what is going to happen is an impossibility in fact, without them being able to appear or advance in the procedures “, points out the specialist.

Drawing on the experience of Nissen’s previous management, Fiorani recalls that a coexistence between multiple object societies pre-existing and single object constituted after RG 7/2015.

It is possible that, if any SAS has to make a modification of the statute after the validity of this RG 5/2020, the IGJ takes advantage of this process to promote a modification of the object, Bobe and Fiorani agree. “Although the matter could be judicially discussed, sometimes it is neither practical nor economical to do so“Fiorani acknowledges.

In relation to the share capital of the SAS already established, in addition to the restriction of not applying this position retroactively, there is the specific fact that if it is already operating “there is no better proof of the adequacy of the share capital than the actual life and operation of the SAS “, remarks Fiorani, so any attempt at ex post control by the IGJ should fail in Justice.

“From the legal point of view, the operation of those already constituted by the sanction of this norm should not be affected and, if it were attempted, it would generate an important judicialization of the matter,” he says.

For their part, José María Allonca and Francisco Alvarez, from the Allonca study, specify that the resolution is not in force and does not establish an express effective date. Therefore, the Civil and Commercial Code of the Nation is applied, and will become effective after the eighth day of its publication.

The SAS regulated by a resolution not repealed and not reached by the changes?

Allonca and Alvarez maintain that, today, SAS are the only ones that are allowed a plural object without the need for activities to be connected to each other, and under no circumstance may require a capital above the minimum established by the Entrepreneurial Capital Support Law.

The SAS are governed by a resolution “of the special IGJ, not repealed, so” everything seems to indicate that the SAS, for now, are safe from this new regulation“Allonca and Alvarez consider.

“It is striking the existing contradiction among many of the grounds of the Resolution, mainly those referred to the function of guarantee of the social capital towards third parties, and the Law of Solidarity and Emergency, since the latter left rules on this matter without effect “, point out the professionals.

And they think that there could be a prosecution, since by means of a minor hierarchy standard they try modify the scope established by law, by demanding, by IGJ resolution, social capital higher than that of the Companies Law and the Entrepreneurial Capital Law.

They also criticize that the assumptions by which IGJ could demand a minimum capital higher than that established by law are unknown, “leaving the matter to the public official.