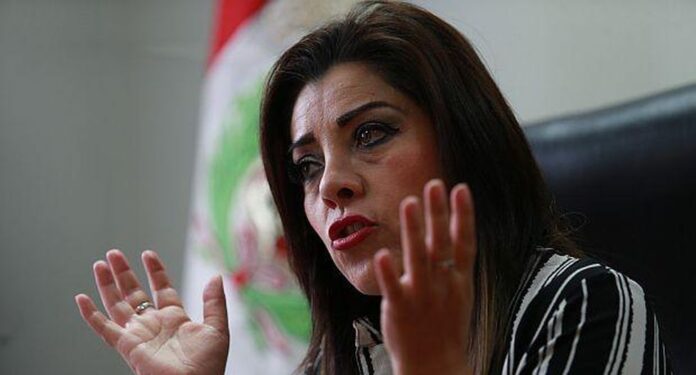 Congresswoman Alejandra Aramayo, of Fuerza Popular, presented bill 1095 in March, which proposes two modifications to the norms that typify the crime of illegal mining and that establish the parameters to confront it as organized crime. However, according to what was revealed through his Twitter account, he has suspended the process of the project.

The Draft Law N ° 1095/2016-CR that criminalizes mining has not been withdrawn, I have suspended the process. pic.twitter.com/ASkknzxG9b– Alejandra Aramayo (@AleAramayoGaona) May 8, 2017

As noted in the publication, the project was not withdrawn, but “the process was suspended to achieve elements that allow a difference between illegal mining and informal mining.”

As it is recalled, parliamentarians from different benches spoke out against the bill presented by Aramayo – and signed by seven other legislators from his party.

The initiative was admitted on March 28 in the Justice Commission and proposes modifications to the Law against Organized Crime and the Penal Code, so that those who carry out illegal mining (those who work in areas prohibited by the State and are not eligible) to the mining formalization process) cannot be investigated or sanctioned as members of criminal organizations.

The project proposes the above under the argument that prosecuting illegal miners as leaders or leaders of criminal gangs would not solve the problem of the mining formalization process.

In October 2016, under the framework of the delegated powers, the Executive issued Legislative Decree 1244, which included the crime of illegal mining within the scope of application of Law 30077 or Law against Organized Crime. Its inclusion occurred in subsection 15 of article 3 of the regulation, which corresponds to environmental crimes (which includes the crime of illegal logging).

With the new classification, the State can confront the illegal exploitation of minerals with investigative techniques authorized by law (postal interception, communications intervention, undercover agents, follow-ups, etc.).Tweets by sociedad_ECpe

Frosts in the southern highlands will intensify from Thursday Peru

Infographic of the day: rates on the roads of Lima

Testing of existing drugs as possible treatments for coronavirus begins

Joe Biden on the offensive in Georgia and Iowa

UPDATE 1-Mexico freezes accounts for those accused by the United States...

US astronauts successfully return to Earth in SpaceX capsule

Symptoms of recovery: auto parts are back on staff and working...

“My dad talked to his children and made a mea culpa” ...