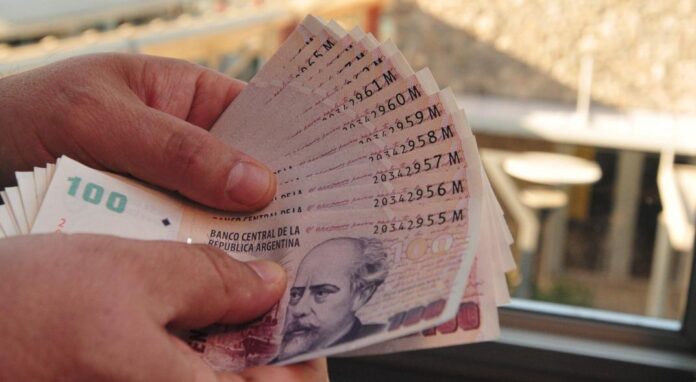 Fixed term deposits adjusted by CER increased 69.9% in February, compared to the previous month, while monetary circulation increased 0.4%, in relation to January, according to the monthly Monetary Report prepared by the Central Bank (BCRA).

Thus, inflation-adjusted time deposits of savers show an advance of 208.9% if the evolution with respect to February 2019 is measured.

The BCRA maintained that “as of this month, the option of saving through term deposits in UVA pre-cancelable from 30 days was implemented. 24% of the average monthly increase in term deposits in pesos of the private sector was made up of UVA placements (both fixed-term and pre-cancellable) “.

“The balance of pre-cancelable UVA deposits at the end of February reached $ 4.6 billion, while traditional UVA placements totaled $ 55.4 billion,” added the report released this afternoon.

While the monetary circulation grew 41.7% in interannual terms, current account deposits increased 81.5% and in savings accounts increased 60.5%, in the same period.

According to what was reported by the monetary authority, “the increase in demand deposits came fundamentally from the transfer of funds to the financial institutions from passes of Common Investment Funds in the BCRA, after the elimination of this type of operations.”

Regarding the evolution of financing to families, personal loans rose 2.1% while card consumption increased 3.5%, during February and compared to the previous month, while growing at an average of 50% if They are measured with respect to the levels of February 2019. The debt stock for these benefits amounts to more than 965 billion pesos.

The BCRA clarified that “for consumer financing, effective as of March, it was decided to promote a sharp drop in the financing rates of all credit cards, both bank and non-bank.”

The placements of financial institutions with respect to BCRA assets show uneven behavior. While the stock of passive passes contracted 95.8% in February compared to the previous month, it grew 532% compared to the same month last year, Leliq’s stock increased 41.7% homogeneously last month compared to January and 57.3% compared to February 2019.

International reserves stood at 44,731 million dollars in February and fell 1% compared to January and 33.2% compared to the same month in 2019.

The total of private monetary aggregates in pesos last month amounted to 4,048 trillion pesos, which implies an increase of 5.3%, compared to January and 46% compared to February 2019.

warn about a pending pending for 2021 / Argentina News

5 brand new and good wines to discover in quarantine

In Poland, fifth day of women’s mobilization for the right to...

help for the payment of WAGES is delayed