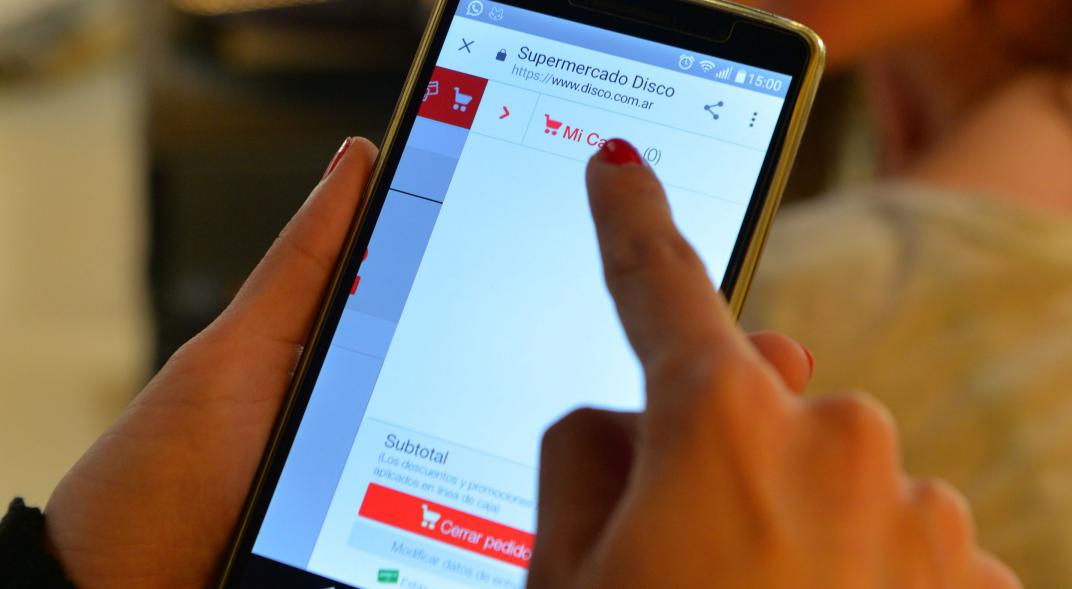 Last year, supermarkets entered the national e-commerce podium. The consumption of food, beverages and cleaning supplies, which is concentrated in that channel, grew 111 percent and went on to represent 10 percent of everything sold online in the country.

Tickets and tourism, after improving 44 percent, continued to lead the ranking, with a 22 percent participation. In as much, electronics, telephony and audio, item that gave the first impulse to e-commerce in the country, it rose 70 percent and went on to represent 11 percent of consumption.

The data belongs to the report presented yesterday by the Argentine Chamber of Electronic Commerce (Cace) and the consulting firm Kantar, based on a survey of 1,100 buyers and 170 companies.

This corresponds to the numbers of the National Institute of Statistics and Censuses (Indec). According to its survey of supermarkets, in the last year and a half, the channel on line It represented between 1.5 and 1.7 percent of total sales of department stores, but last November it reached a peak of 2.2 percent.

Cace and Kantar’s annual study of electronic commerce indicates that, in 2019, total sales on line they totaled 403,278 million pesos (almost 1,105 million per day), 76 percent more than in 2018. Much of the progress is explained by inflation.

Still, there were growths of 12 percent in the volume of purchase orders (about 89 million) and 22 percent in the number of products, which shows that the rise was also in real terms.

“Last year, 828 thousand people made their first acquisition on the internet. It also began to be seen that the e-commerce It grows more due to the quantity or frequency of purchases and not so much due to the entry of new consumers ”, highlighted Gustavo Sambucetti, institutional director of Cace.

Another fact that the study shows is the advance in sales of cosmetics and perfumery (118 percent compared to 2018), with which it reached a participation of three percent. “It is related to the participation of pharmacy chains. This item went from 25 to 45 companies, “added the manager.

Regarding the technological devices used to buy on the internet, the participation of cell phones was consolidated.

The segment of those who use mobile phones to search for information before buying increased from 45 to 54 percent. But it also increased (35 to 43 percent) its direct use to complete an operation.

“If this evolution continues, during 2020, the cell phone will become the main device for purchasing on lineSambucetti projected.

As acknowledged by the manager, this progress is slow, because, although companies “feel the need” to go looking for sales in new channels, given the drop in consumption in physical stores, it is difficult to innovate.

What did not register too many changes was the distribution by regions. Capital Federal and the Buenos Aires metropolitan area maintained 37 percent of sales. Meanwhile, the central region, which includes the provinces of Buenos Aires, Córdoba and La Pampa, yielded participation between 2018 and 2019 and went from 35 to 32 percent.

The pending matter is to obtain a greater participation of the companies of the interior. Córdoba, for example, contributes 13 percent of consumption, but only five percent of supply.

In any case, for the Cace executive, this year the number of e-commerce, and the participation of companies from the interior will have an important advance.

“I changed offices myself this summer, I needed to buy a table and even paying the freight I got the best price with a company in Córdoba. These things would not happen without electronic commerce, “he said.

Despite the recession, e-commerce continues to grow.

The original text of this article was published on 03/06/2020 in our printed edition.