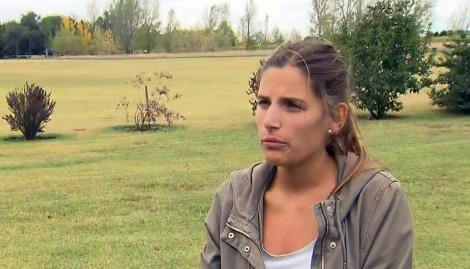 The advance of coronavirus worldwide, it not only represents a threat to the economy and health, but also causes all kinds of complications in people’s daily lives. A clear example of this is what happens in the Buenos Aires city of Colonel Suarezwhere a couple had to suspend their marriage for fear that four of the guests, of Italian origin, are carriers of the disease.

In dialogue with Telenoche, the residents of the place expressed their concern about the possible presence of family members from Italy at the wedding. Faced with this scenario, Sol Marcos, the girlfriend, said that they had to postpone the event, which was to take place on Saturday.

“A brother of mine came who came from Italy. From Buenos Aires they went to the countryside, in the middle of a mountain, totally isolated, and they were going to stay there until the wedding. They would be ten days“said José Bertola, Sol’s uncle.

Upon hearing the news in the town, the residents put the municipality on alert, and a day later a controversial audio from the mayor, Ricardo Moccero.

“There are four Italians who cannot enter Suarez. These Bertola are barbaric idiots. I told them they have to be quarantined“He said in a WhatsApp message. However, he added that there were those who argued that they already had a short time to complete the isolation, to which they replied:” They are short on no. They have to be 14 days old. They get me to put the pandemic here in Suárez and you do not know the shit … where it is armed. “

After the viralization of the message, Sol said that the entire town went into a state of alarm, to the point that she and her family began to receive damning glances on the street. “The situation is horrible, but I I don’t feel like we did anything wrong“, said.

Regarding the marriage, he concluded: “With everything that happened we decided to suspend it, out of respect to all the guests. Also, we want it to be a beautiful day: we don’t want to get married in this situation. We will have to wait for all this to happen“.

LEANDRO BÁEZ pointed against CRISTINA: what did he say / Argentina News

In Spain, between demonstrations and harassment, the far right attacks the...

“The establishment of a real reception system for asylum seekers is...

Decrypto, the local exchange that billed $ 1M in its debut...

the first thing you see reveals how you are / Argentina...

The 5 tips so you don’t kill your flowers prematurely

Checks: they extend the deadlines by 30 days and allow a...

Foreigners II: Far from avoiding them, we continue to add Anglicisms