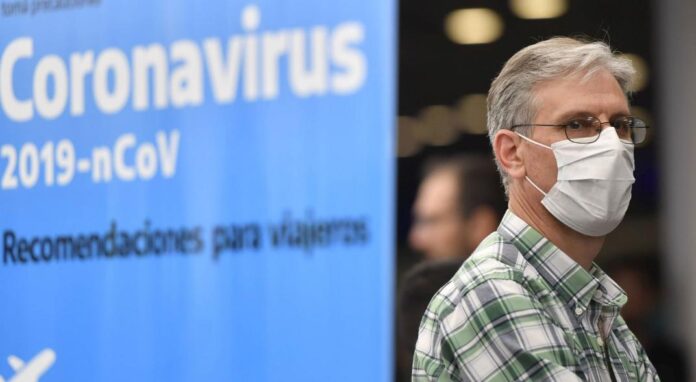 In a typical week, Aerolineas Argentinas, owner of 25 percent of the international air market, captured 2,000 weekly bookings for its flight to Rome. Now, and under the impact of the Coronavirus, that number dropped to zero. And, even more, it was reversed to negative: it began to receive 1,700 weekly cancellation requests, a decisive factor in the decision made by the company to suspend a large part of the flights on that route in March and April. The operation there is held to allow passengers to return to their countries of residence.

According to data from the Anac, Latam, the second largest player in the international market with a debt of 21.6 percent, ordered something similar in January 2020. On March 2, its Brazilian subsidiary ordered to temporarily suspend the San Pablo-Milan flight, It operated with seven weekly frequencies and also fed on Argentine passengers, since the company does not fly directly to that destination from our country.

“The spread of the coronavirus (Covid-19) and the low demand caused in Italy” were the reasons for the measure.

The airlines follow minute by minute the evolution of the pandemic, the measures that the health authorities take in relation to it and the way in which everything impacts on the behavior of the passengers. In tune, they have changes in their operations.

“It is very likely that more cancellations will apply. A key issue will be whether the national government establishes the legal obligation to respect quarantine for those who come from countries with virus circulation, such as Spain or Italy, ”noted Aerolineas Argentinas. “That measure will have to be observed by the aircraft crews, and that has a huge impact on the operation. Maybe I forced to suspend more flights ”; they warned.

Another reason is the collapse of demand due to fear and the official recommendation not to travel.

As an example, the cases of two strong routes of Aerolineas Argentinas are worth: weekly bookings to Madrid fell from 3,100 to 1,700 and to Miami from 3,200 to 1,800 as a result of the health crisis.

Until now, Airlines has suspended, in addition to the aforementioned flights to Rome, Miami (March 18/26, only daytime flights) and Orlando (March 26).

Each airline communicates different decisions regarding the return of tickets and cancellations. In general, the only case in which the money is returned to the passengers or the rescheduling of dates is allowed freely and at no cost is in the case of tickets purchased on flights canceled by decision of the companies.

Some also provided flexibility measures to reschedule free dates for passages reserved in the first days of March and until April.

In general, the full value of tickets is not returned nor are penalties for change of date avoided in cases in which passengers decide to change flights out of fear or caution, to destinations that are outside the countries most affected by the virus (those of Asia and Europe).

Passengers affected by announced flight cancellations will be relocated on earlier or later flights. Those people who cannot travel on the proposed dates will have the possibility to reschedule their trip within 15 days before or after the original date.

Free date changes: Those passengers who buy their tickets to destinations in Europe or the United States between March 10 and March 31, 2020, will be able to change their flight date without any one-time penalty and only pay fare difference in the event that there would be.

Voluntary modifications: Changes of dates or routes without penalty for a one-time flight until 11/30/2020. Paying only the difference in rate if any. Return of tickets according to the contracted fare conditions.

This measure applies both to Aerolíneas Plus passengers and to all those who have bought their tickets in direct channels (through the website, branches or Aerolineas Argentinas telephone sales) or indirect channels (travel agencies).

Customers who between March 6 and 22, 2020 make reservations on international LATAM Airlines flights until December 31, 2020, may schedule their trips with the option of making a date and / or destination change later.

A change per ticket is allowed, without a fine, up to 14 days before the departure of the outbound flight, subject to fare differences.

From the company they stated that for now there were no changes on their Córdoba-Asunción-Madrid flight; although the situation is closely followed.

The company has already decided to suspend its flights to Italy from Argentina, and announced flexibilities for ticket changes to European destinations.

DirecTV announced that it is leaving Venezuela

For BILL GATES, this is how the NEXT PANDEMIC could be...

What rights must be guaranteed at the time of delivery

Santander has everything ready to launch its digital bank: Openbank arrives...

DONDA, a public position investigation of his domestic employee / Argentina...

The 10 emerging careers that will dominate the world of work ...

Why do we say “August”