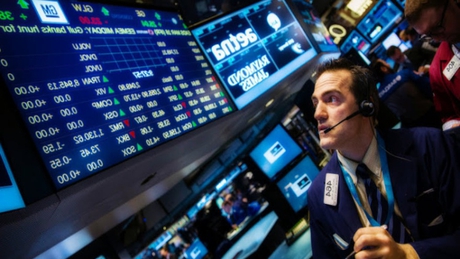 The main exchanges recover after heavy losses on Monday, being dragged by the effects of the coronavirus and the collapse of oil

The world’s stock markets were relieved on Tuesday and bounced both in Europe and Asia, after a black Monday for the markets, caused by the effects on the economy of the coronavirus and the unprecedented collapse in the price of oil.

In that context, the price of crude oil in the markets registered a rise of 9%, after the debacle recorded on Monday, after the start of a price war between Russia and Saudi Arabia.

Stock markets in the Pacific area are operating with disparate behaviors, after the day of bulky losses recorded worldwide.

On the other hand, the dollar was recovering from its huge losses to the yen, the euro and the Swiss franc, as investors hoped that global policy makers would introduce stimuli to cushion the economic impact of the coronavirus outbreak that frightens the whole world.

The movements helped reverse Monday’s money orders, although at 104 yen per dollar the Japanese currency was no longer above the 105 seen before this week.

The greenback began to appreciate as Wall Street futures and government bond yields rose, after US President Donald Trump said he would give a press conference on Tuesday about economic measures in response to virus.

US Treasury Secretary Steve Mnuchin also indicated that the White House would meet with representatives of the banking sector this week, which was read as a sign that Washington will implement measures to address the coronavirus.

The Japanese currency also lost ground against the euro and the Australian dollar, after Bank of Japan officials indicated they were ready to increase the stimulus if necessary before a policy meeting next week. In turn, the euro devalued 0.4% to $ 1,1385.

The US currency climbed 1.2% to 0.9361 Swiss francs and then fell back to 0.9299 francs after three days of liquidation that brought it to its lowest level in almost five years. Data suggest that the Swiss National Bank is now intervening to weaken its currency.

On the other hand, gold prices fell by 1%, in a decline since the escalation of the day before over 1,700 dollars, since the hopes of global stimulus measures to cushion the economic impact of the outbreak.

US President Donald Trump said he would take “important” measures to protect the economy against the impact of the coronavirus.

The Minister of Economy of Japan assured that his government would not hesitate to take the necessary measures to compensate for the effects on the national economy of the worldwide spread of the virus. A Japanese Ministry of Finance official said he was in contact with the Trump administration.

“This is just the beginning of the so-called domino effect and I would expect the rest of the Asian governments to follow the blocking steps with similar packages,” said Stephen Innes, strategist at AxiCorp.

Asian stocks and the dollar recovered, while government bond yields rose from record lows. The yen retreated from the maximum of more than three years touched on Monday.

This is the best-selling car of the moment after displacing the...

power back to the wall over abortion

Ana Brnabic, lesbian prime minister at the risk of “pinkwashing”

Why won’t the gap between the BLUE DOLLAR and the official...

Juan José Ballesta and his son will give life to Ángel...

A Buenos Aires police officer who was investigating the drug “Verdura”...

AFIP will not request to register biometric data