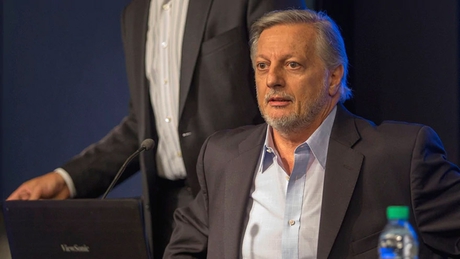 The former Minister of Energy and Mining, Juan José Aranguren, considered it feasible that in the next few days we will start talking about a “Creole barrel”, in order to isolate Argentina from what is happening in the world oil market, and judged that “It could delay” an eventual decline in the price of fuels.

The so-called “Creole barrel” worked between 2007 and 2015 as a support price to prevent a price below US $ 50 from affecting the investments of companies operating in the country.

Anyway, said the former minister, “it is preferable for a country to adjust its prices to international variations and not take off, because if we are not going to have situations of mismatch: when the price is high we want to have it low, and when it is under we want it high to protect the investment. “

Aranguren recalled, on the other hand, that last year and early this year no tax on liquid fuels was updated, which by law must be adjusted quarterly.

“The delay is 23% and has an impact on the price of super gasoline of 6.6% and on diesel oil grade 2 of 4.4%; if this price level (of oil) is consolidated, someone could be speculating that the tax increases and what could be a low (internal fuel) could be delayed. “

Both things can also happen, he said, “lower the price and increase revenue.”

The former minister warned, however, that if the price of gasoline falls “the refiners will pay less to the oil producers and there begins the conflict of whether investments can be sustained, which were already delayed or delayed due to the lack of certainty about hydrocarbon policy. “

Aranguren also stressed that lowering prices in suppliers “would further sink” the price of YPF shares, which last week touched the lowest levels since 2002, in order to convertibility, and 2012, when the company was expropriated from Repsol.