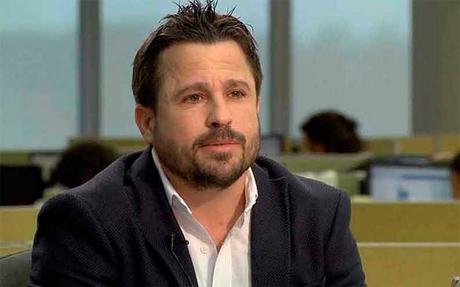 The economist Martín Tetaz published on Monday in social networks an article in which he analyzes the global financial collapse and the serious consequences it can have for the Argentine economy.

According to Tetaz, what is currently happening – the price of oil plummeting and the stock market falling worldwide – make up a “black swan” that will especially affect the country.

The economist explains that black events are called “very unlikely events with unpredictable consequences and potential to be devastating.”

“A few weeks ago we warned about external risks, which had to do with the global cooling of the activity, which was especially noticeable in Europe, but also affected industrial production in the United States, which sustained the economic cycle boom due to the construction boom and whose counterpart was that China had lowered the annual growth rate to 6%, “says the analyst.

And add: “In the country all the cards were put in debt restructuring and our expectation was that, if that issue was resolved, expectations were broken and they could return to the investment and consumption circuit, the 20,000 million dollars that had been treasured in the last 18 months. “

The black swan https://t.co/PUHTg1ryRV via @LinkedIn

However, Tetaz warns that now “this Black Swan makes everything ugly, very ugly.”

“The coronavirus on the one hand and the debt malpractice virus (…), was added the global uncertainty that triggered the collapse of oil and its impact on the market“, Explain.

“If the global demand collapses, the demand for the goods that Argentina exports will fall, starting with the meats that have as main destination to China and following the price of commodities such as soybeans, wheat and corn,” anticipates the economist .

Regarding the financial scenario, Tetaz points out that “we are seeing a spectacular quality flight from global funds, fleeing from emerging markets and running to American bonds that are at their lowest performance ever.”

Finally, turn on the alarms on the domestic scene. “On the local level, as expected, none of the measures, supposedly redistributive of the government, served to reactivate,” he says.

“The economy had nothing left over and all the chips were placed in the debt swap that should occur in the last two weeks of the month, but given the conditions and if the government does not reach an agreement with the fund before, it is possible a time is postponed, “he analyzes.

In Córdoba, the harvest was the second best in history and...

What are the four unions that require vaccination … / Argentina...

The lack of agreement in the negotiation by Vicentin, on the...

They launch a plan to incorporate 250 jobs to agricultural machinery:...

What do you see in the image? The TEST that...

The crossroads goes beyond Vicentin