The movie Love Dogs It conquered specialized critics on May 13, 2000 when it was presented at the Cannes Film Festival. Then it became one of the highest grossing films in the country, got many other recognitions and led to the success of those involved, including Gael García Bernal, and its directors Alejandro González Iñárritu and Guillermo Arriaga.

Upon arrival on international screens at the Cannes Film Festival, Iñárritu’s feature debut won the Critics’ Prize; This was followed by other awards such as: the 11 Arieles he received at the Mexican Academy of Arts and Cinematographic Sciences, a Bafta award and one for the Tokyo International Festival. It was also nominated for Best Picture for the Golden Globes and the Oscar Awards.

To celebrate 20 years of overwhelming success at Love Dogs, director Alejandro González Iñárritu He is already preparing an emblematic celebration in the Zócalo of Mexico City, where he will project the restored tape and live music by Gustavo Santaolalla, also during this event there will be a concert starring the bands that collaborated for the soundtrack of the film.

Life has changed not only for the director, but also for its protagonists who have evolved over two decades.

After starring Love Dogs, Gael embarked on other successful projects and even ventured as a director And thanks to his career of more than three decades, he has established himself as one of the most famous Mexican faces in the international entertainment industry.

He has also ventured into series such as Here on Earth or Mozart in the Jungle, and as director for Deficit (2007) and Chocuarotes (2019).

This year is going to release the tape Ema, a film directed by the filmmaker of Chilean origin, Pablo Larraín, and who starred with Mariana Di Girolamo.

With his great friend Diego Luna, he founded the company La Corriente del Golfo, a production company created with the intention of telling great stories for Mexican entertainment.

He has two children with his ex-partner, the Argentine actress Dolores Fonzi: Lázaro, 10, and Libertad, 8.

Barraza overcame the breast cancer that was diagnosed in 2015
(PHOTO: FRANCISCO RODRÍGUEZ / CUARTOSCURO)

We have also seen it on the tapes Drag me to hell, Three pieces of love in one weekend, It happened one day, From Prada to Nada and even in Rambo V: Last Blood, side of Sylvester Stallone.

And in some series and soap operas like: Class 406, CSI: Miami, ER, Cappadocia and The Strain.

Barraza overcame the breast cancer that was diagnosed in 2015, but continues with his treatments so that the disease does not return to his body.

In addition, he does not stop giving acting classes.

In Love Dogs gave life to Susana and since then she has participated in more than 20 projects both in the cinema and on television.

Worthy … until the last breath, A silent love, God save you, murderous women, Elvira, I would give you my life, but I am using it, Eva la Trailera, Rosario Tijeras, The double life of Estela Carrillo, The boss of the champion and We the handsome ones, These are some of the works he has done in the last 20 years.

He has waged a fierce fight against various social problems, such as violence in the family and under the hashtag #TenemosQueHablar promotes their discussion.

The 71-year-old actor also ventured into other projects such as Moon rabbit, Loving, Here between us, Eddie Reynolds and Los Angeles de Acero, Montecristo, Between love and desire, Cappadocia, among other projects.

This actor was consolidated as the protagonist of various Mexican soap operas, so we could see it in: The ways of love, The virgin wife, The most beautiful ugly, Fire in the blood, The one who could not love, What beautiful love, My heart is yours, Passion and power and I give you life, among others.

He also excelled in the Adventurer play and the Big Brother VIP reallity show.

Twenty years of “Amores Perros”, this will be the celebration of the film that changed Alejandro González Iñárritu’s career 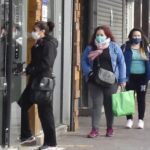